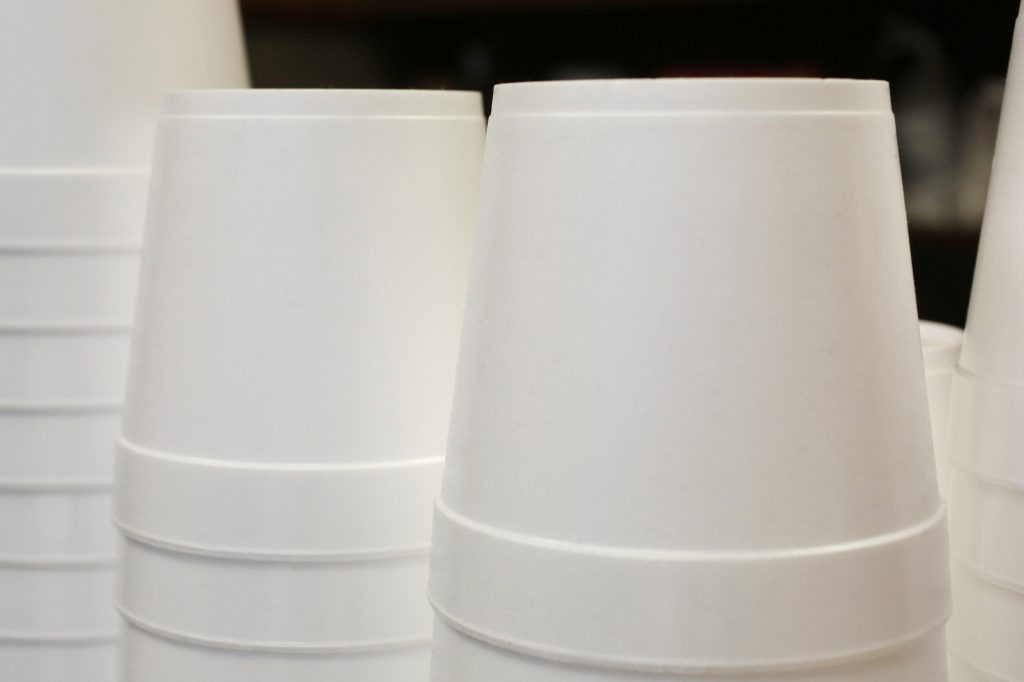 The ban applies to items like containers, trays, plates and cups in takeout stores, coffee shops and restaurants, as well as packages of hot cups sold in supermarkets for home use. Manufacturers and stores also may not sell loose-fill packaging, commonly known as “packing peanuts.”

The ban applies to any food-service establishment, mobile vendor, or store, as well as manufacturers and distributors of foam packaging that are located or operate in the city.

There are exemptions for foam containers used for prepackaged food that have been filled and sealed prior to receipt by the store, foam containers used to store raw meat sold from a butcher case or similar appliance, and foam blocks used as protective packaging in shipping. Also, entities with less than $500,000 gross income for the most recent tax year can apply for hardship exemptions at nyc.gov/foamwaiver, if they can prove that the purchase of alternative products would create a financial hardship.

The law banning business use or sale single-service foam products officially took effect on January 1 of this year, but a six-month grace period, which ended Sunday, was granted before the issuance of fines. A first offense results in a $250 fine, a second offense is $500, with third and subsequent fines at $1,000 each.

“Foam cannot be recycled, plain and simple,” said Acting Sanitation Commissioner Steven Costas. “When foam enters our waste stream, it becomes a source of neighborhood litter and can end up on our beaches and in our waterways. It’s hazardous to marine life and can clog storm drains. It’s even a contaminant in our recycling and organics programs.”

But many city residents who spoke with Hamodia expressed anger at the foam ban.

“I find that the paper cups are not as durable as foam cups for hot drinks,” said a Midwood resident who asked to be identified only as Benjy. “Also, they don’t keep the drinks as warm.”

“Our national anthem ends with ‘Land of the free,’” said Yosef, a Boro Park resident. “Nowadays politicians try telling us what we can drink, what can be added to the drink, and in what container we can drink it. What’s next?”