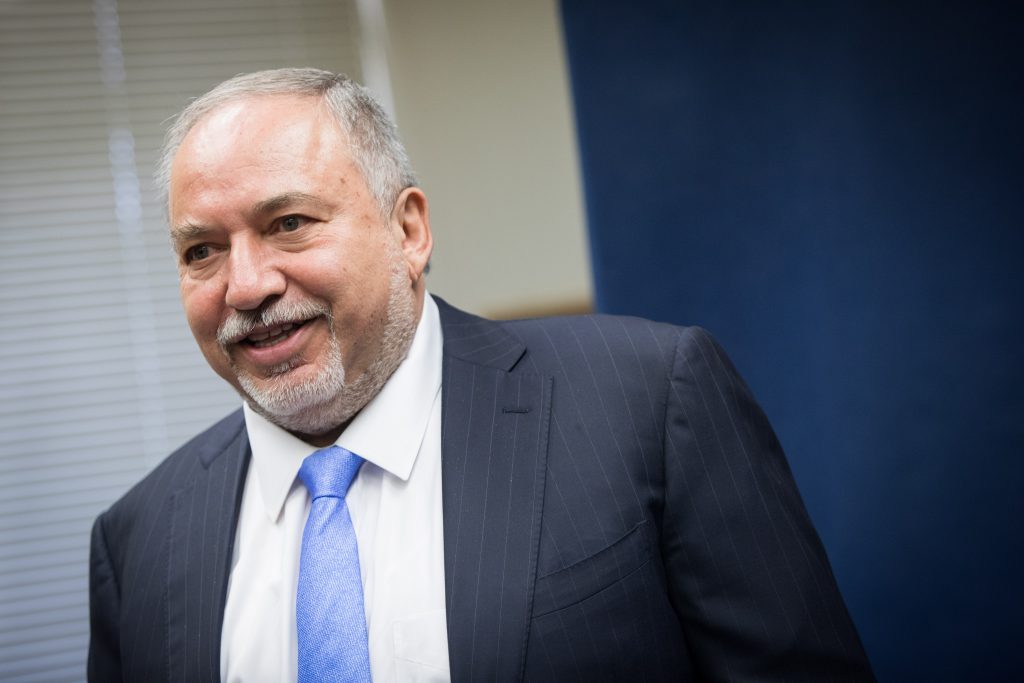 Now, claiming that “there is no essential difference” between Netanyahu and Gantz, Liberman told Kan public radio that he would support a national unity government made up of their parties and his own Yisrael Beytenu.

“I’m talking about a broad government, an emergency one, in order to get the wheels out of the mud,” he said. “Today the country is deep in the mud, both economically and security-wise, which is why we need a broad government.”

He argued that notwithstanding harsh criticism of one another during the last election campaign, Netanyahu and Gantz should be able to get along in a rotational arrangement.

The Blue and White position has been that it could enter a unity government with the Likud, but not as long as PM Netanyahu is its leader.

Meanwhile, Ehud Barak announced the capture of a Labor party MK to run with his new party.

Yair (Yaya) Fink said he is going over to Barak because he believes that “we are in need of real leadership” that can mount a credible challenge to Netanyahu.

“I am joining a group I really believe in, both its leadership and the real mobilization it represents,” Fink said in a statement.

Fink was No. 12 on the Labor list, which meant that he had no realistic chance of being elected to the Knesset, as Labor remains stuck in single digits.

Barak said that Fink’s decision “reflects a broad movement of citizens who have decided to take their fate into their own hands, unite, and embark on a path that will put Israel back on track.”

Barak’s party (which so far has no name) was given six seats in the Knesset if elections were held now, according to a poll released shortly after he announced his return to politics last week.

Later on Sunday, Blue and White No. 2 Yair Lapid rejected Ehud Barak’s appeal to forge an alliance to topple Netanyahu.

“We won’t team up with Ehud Barak. He belongs to the left and that’s alright,” Lapid told Channel 13 news.