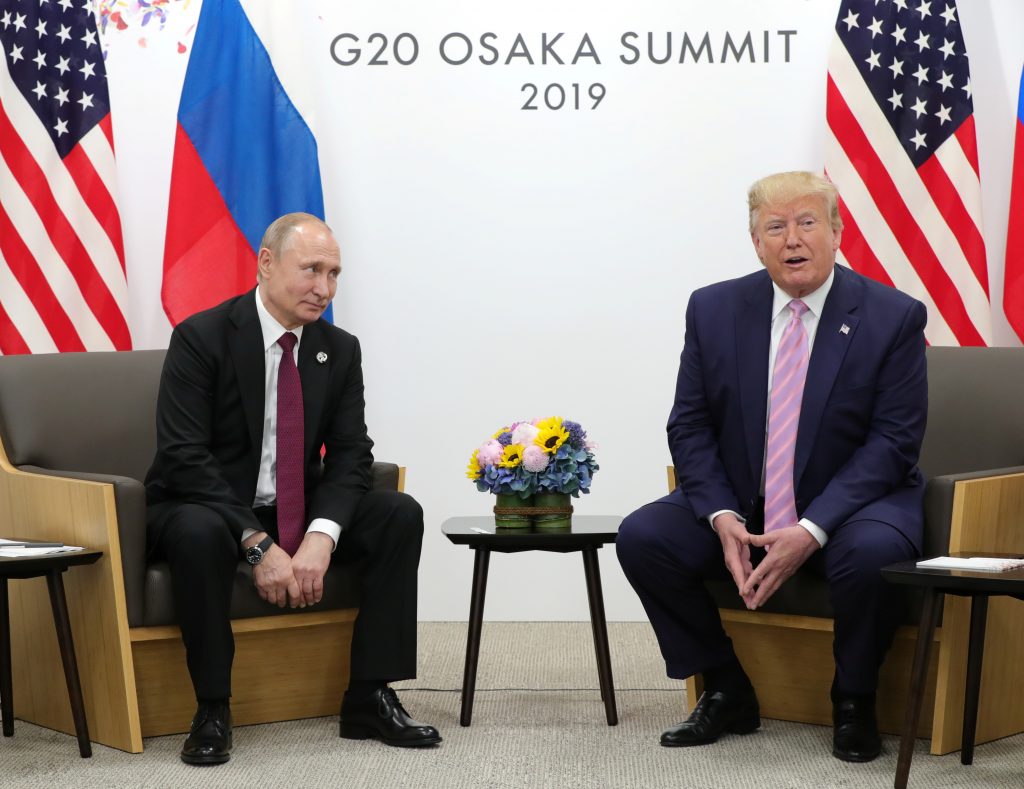 Trump and Putin met for an hour and a half on Friday on the sidelines of the G20 summit in Japan for the first time since their initial formal meeting in Helsinki a year ago.

Little is known of what the two discussed in Osaka. Peskov said on Friday that Trump showed readiness to start a dialogue with Russia on strategic stability and disarmament, and the leaders also discussed the issue of Ukrainian sailors detained by Russia in late 2018.

“The American president quite distinctly showed his intention to step up the dialogue. As for Putin, he has long been talking of his desire to go along the path of normalization of relations,” Peskov said, according to Interfax.

Peskov also said that Trump appeared to be unhappy with the scale of trade turnover between the United States and Russia, and instructed Treasury Secretary Steven Mnuchin directly at the meeting to work with his Russian counterpart Finance Minister Anton Siluanov on overcoming trade hurdles.