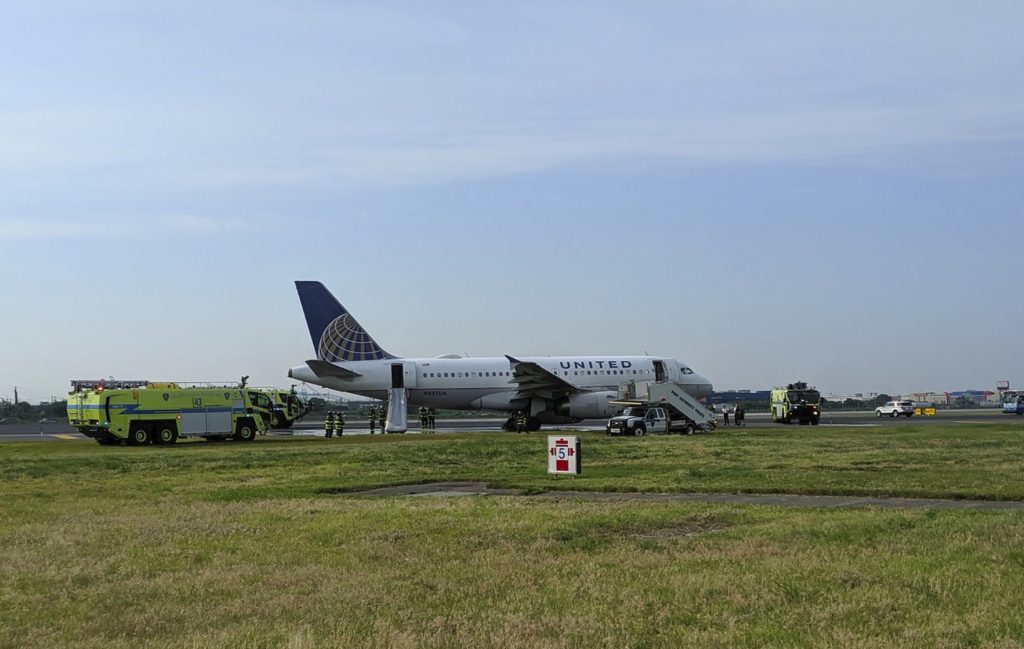 A United flight heading from New York to Houston diverted to Newark Liberty Airport and made an emergency landing.

Inflatable slides were used to deplane passengers on the runway Saturday morning. No major injuries were reported.

The Port Authority said the plane blew a tire on landing. It said there was also other structural damage that forced closure of the runway.

Spokeswoman Andrea Hiller said the pilots “reacted quickly to ensure the safety of the aircraft and our customers.”

The airport grounded arriving and departing flights at about 8:45 a.m. Flights resumed shortly after 9:30 a.m.