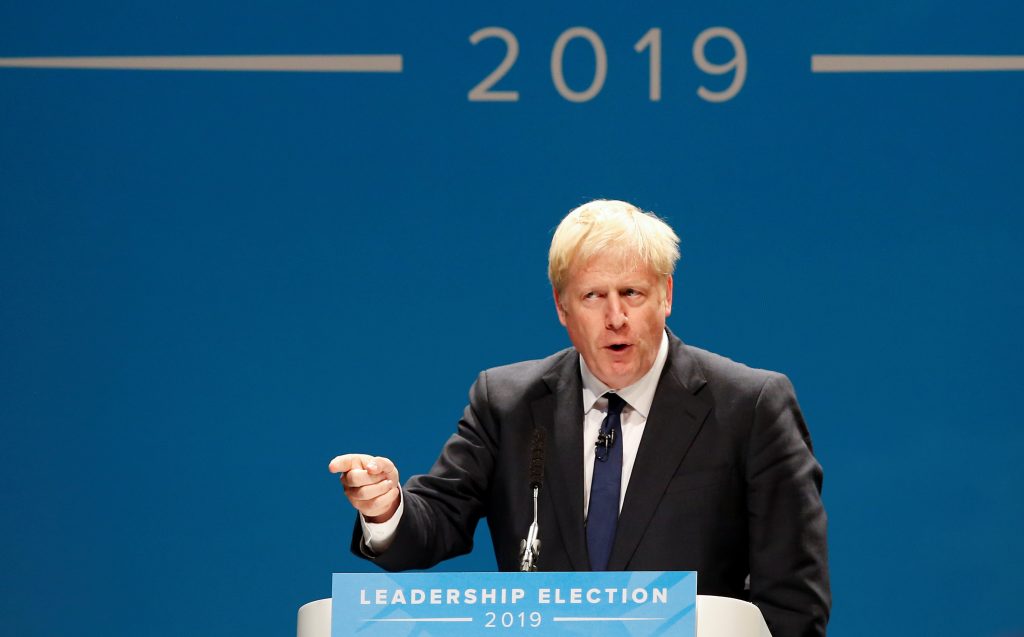 Boris Johnson said he would be willing to increase government borrowing to boost Britain’s infrastructure as he set out plans to take on the opposition Labour Party if he wins the race to be the next prime minister.

Currently the favorite against Foreign Secretary Jeremy Hunt, Johnson said the government had not spent enough on public services such as education in recent years and needed to increase spending and cut tax rates to spur economic growth.

Johnson also said he would be an evangelist for business, adding that a crude remark he made last year dismissing corporate concerns about Brexit had been taken out of context.

“At the moment there is the headroom available and we intend to use it,” Johnson told Sky News.

Asked if he would increase borrowing he replied, “If it’s borrowing to finance a great infrastructure project, and there’s the opportunity to borrow at low rates for the long-term benefit of the country, then we should do them.”

Johnson has already made a series of pledges to increase public spending if he becomes prime minister, from hiking investment in transport to increasing police numbers, while cutting taxes for the lower and higher paid.

Former foreign minister Johnson and Hunt are battling each other to succeed Theresa May as prime minister and finally deliver Brexit which has been delayed until Oct. 31.

With the winner decided by the Brexit-backing Conservative Party members, Hunt has toughened his language around how he plans to leave the European Union, saying he would withhold some of the divorce agreement and reiterated his desire to leave by Oct. 31.