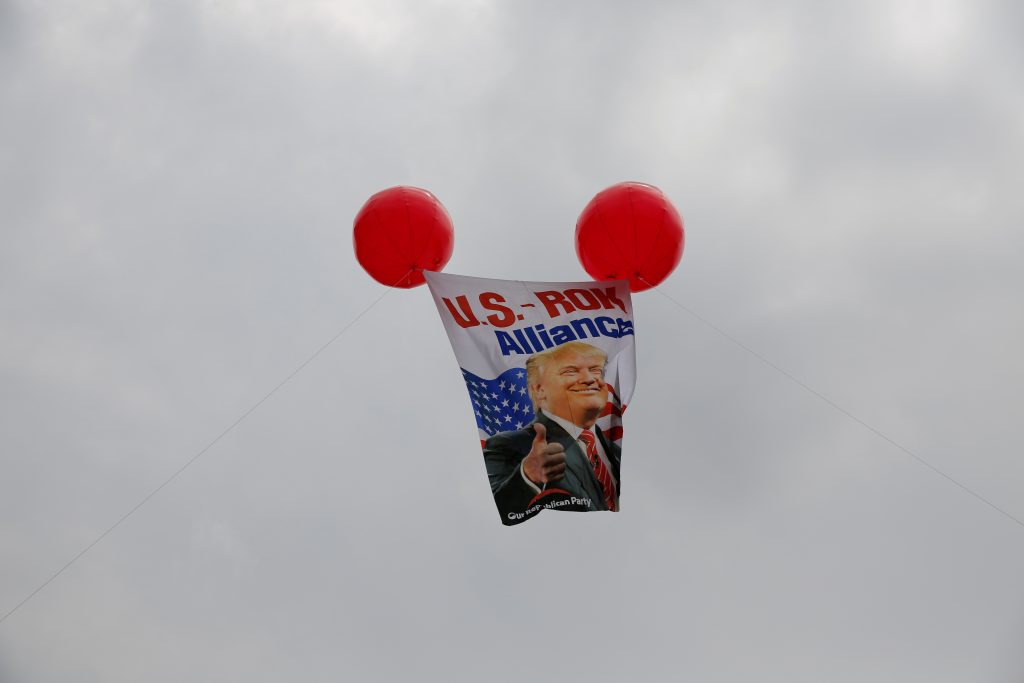 The North’s First Vice Foreign Minister Choe Son Hui said that the meeting, if realized, would serve as “another meaningful occasion in further deepening the personal relations between the two leaders and advancing the bilateral relations.”

Choe still said that North Korea hasn’t received an official proposal for the DMZ meeting from the United States. Her comments suggested that North Korea is willing to accept Trump’s idea if it gets a formal U.S. offer for the meeting, according to some observers in Seoul.

Earlier Saturday, Trump invited Kim to shake hands during his planned visit to the DMZ, which has served as a de-facto border between the Koreas since the end of the 1950-53 Korean War. Trump flew to South Korea on Saturday for a two-day trip after attending the G-20 summit in Osaka, Japan.

Trump tweeted that “If Chairman Kim of North Korea sees this, I would meet him at the Border/DMZ just to shake his hand and say Hello(?)!”

“All I did is put out a feeler if you’d like to meet,” Trump said later of the invitation, adding that he’s not sure of Kim’s whereabouts.

Trump and Kim have met twice since Kim entered talks with the United States early last year to deal away his advancing nuclear arsenal in return for political and economic benefits.

Their first summit in Singapore in June last year ended with Kim’s promise to work toward complete denuclearization of the Korean Peninsula. But it lacked any specific timetable and roadmap. In Singapore, the two leaders also agreed to improve bilateral relations and build lasting peace on the peninsula.

They met again in Vietnam in February, but that second summit collapsed due to disputes over how much sanctions relief North Korea should win in return for dismantling its main nuclear complex — a limited denuclearization step.

Kim has since asked Trump to work out acceptable proposals to salvage the negotiations by the end of this year. U.S. officials said sanctions on North Korea would stay in place until North Korea takes firmer steps toward nuclear disarmament.

The United States and North Korea are in a technical state of war because the 1950-53 Korean War ended with an armistice, not a peace treaty. About 28,500 American soldiers are deployed in South Korea as deterrence against potential aggression from North Korea.