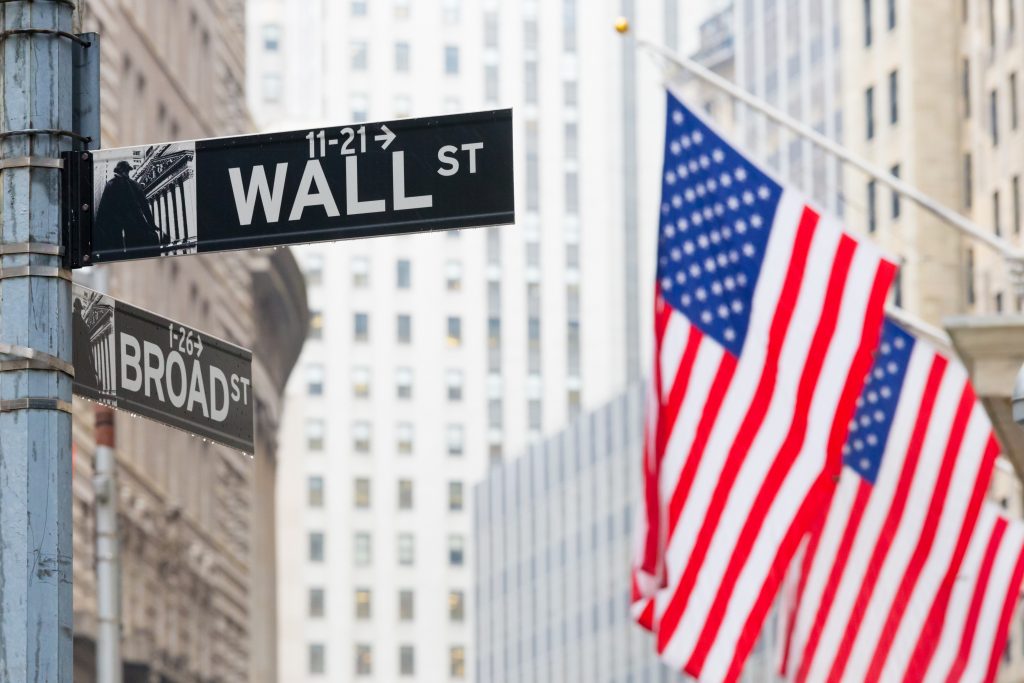 U.S. stocks edged higher in midday trading on Wall Street Friday as investors closed a wobbly week ahead of key trade talks between the U.S. and China.

Every major index was headed for a weekly loss, but still solidly on track to close the month and quarter with gains. The latest early push marks the second straight day of gains following four days of losses.

Banks led the way higher after the Federal Reserve late Thursday approved plans by the country’s 18 biggest banks to return more money to shareholders. The approvals were part of the Fed’s annual checkup of the banking system. JPMorgan Chase rose 2.5% and Bank of America rose 2.8%.

Technology stocks lagged the market, weighed down by a nearly 1% drop in Apple. The technology giant is losing its highly regarded chief of design, Jony Ive. Health-care stocks also fell sharply, led by a 1.6% drop in UnitedHealth Group.

JUNE JUMP: Every major index is on track to close out the month at least 6% higher. June marked a sharp about-face from May, when traders fled to safer holdings because of increased anxiety over trade disputes and global economic growth. The S&P 500 reached a record closing high on June 20, though it has retreated slightly from that mark.

Stocks are also posting their second straight quarter of gains. The S&P 500 is on track to increase 3.4% in the second quarter but only after taking investors on a rollercoaster ride. It climbed steadily in April, dove in May and then climbed again in June. The index rose 13.1% in the first quarter.

JULY HEAT: Investors are heading into the first week of July closely watching for any developments from trade talks between the U.S. and China. President Donald Trump and President Xi Jinping will meet this weekend in Japan. It marks the first meeting of the two leaders since the trade war escalated following 11 rounds of negotiations.

Investors fear that a drawn-out trade war will crimp economic growth, and uncertainty over the impact of the conflict has thrown markets into a series of volatile swings. The dispute has prompted the Federal Reserve to say it is willing to cut interest rates if the dispute hurts the U.S. economy.

STRESS RELIEF: Bank stocks gained ground after they were given the thumbs up by the Federal Reserve to give investors more cash.

JPMorgan, Bank of America, Wells Fargo and others all passed the most recent round of “stress tests” meant to assess whether they could survive a sudden economic downturn. The tests were mandated following the Great Recession a decade ago.

The results mean that banks can raise their dividends and buy back more shares this year and still have enough capital to survive a hypothetical deep recession in the next year.

The company, which offers a marketplace for discounted Gucci and other luxury goods, rose more than 45% after its IPO hit the market at $20 per share. The San Francisco company trades on the Nasdaq under the “REAL” ticker.

The company toppled Wall Street’s profit and revenue forecasts for the quarter as customers tapped into more of the company’s Modelo Especial. Overall beer sales rose 7.4%, driven by Modelo. Constellation recently sold some of its lower-end wines as it focuses more on its premium wine options and its beer sales.