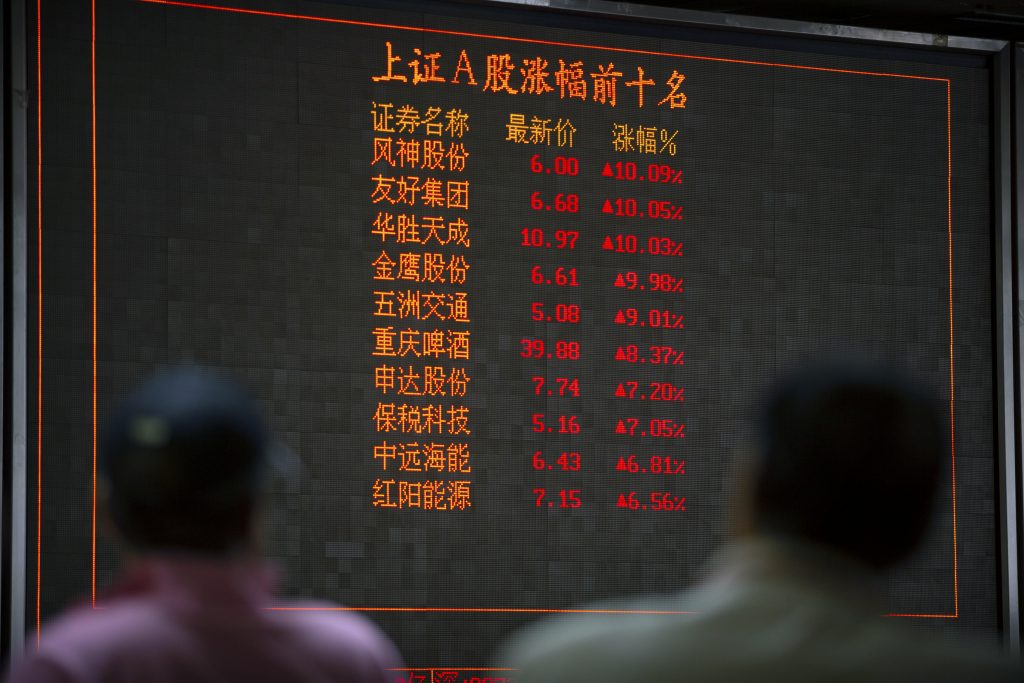 Asian stocks sank Friday as investors waited for a meeting between Presidents Donald Trump and Xi Jinping that they hope will produce a truce in spiraling U.S.-China trade tensions.

Investors are hoping for a repeat of Trump and Xi’s December agreement to postpone new tariff hikes and other action while they negotiated over trade and technology. But analysts caution any new truce at the Group of 20 meeting of major economies in Japan is likely to be temporary because negotiators face the same disagreements that caused talks to break down in May.

“We have watched this movie before: China and the U.S. talk, leaks from policymakers on both sides encourage speculation we are close to a deal, [then] things fall apart,” said Hannah Anderson of J.P. Morgan Asset Management in a report.

This weekend marks the first face-to-face meeting between Trump and Xi since the American president said he was preparing to target the $300 billion in Chinese imports that he hasn’t already hit with tariffs, extending them to everything China ships to the United States.

The two sides are in a stalemate after 11 rounds of talks that failed to overcome U.S. concerns over China’s acquisition of American technology and its massive trade surplus. China denies forcing U.S. companies to hand over trade secrets and says the surplus is much smaller than it appears once the trade in services and the value extracted by U.S. companies are taken into account.

Despite worries over trade, investors have mostly pushed stocks higher this month as the Federal Reserve raised expectations that it is prepared to cut interest rates if needed to shield the economy should the damage from the costly trade conflict worsen.