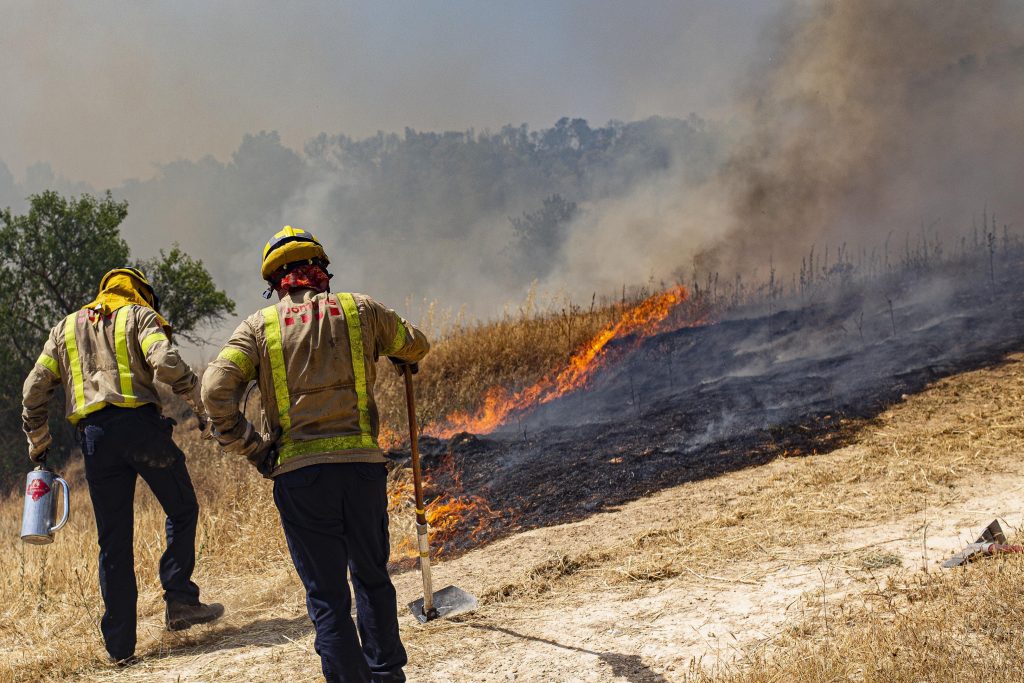 Hundreds of firefighters struggled Thursday to contain a wildfire in northeastern Spain that has spread over 13,590 acres and forced the evacuation of 53 residents.

A Spanish military unit with 120 specialists joined local firefighters who had worked overnight to control the blaze that sent thick plumes of smoke over difficult, hilly terrain near the Ebro River.

Miquel Buch, the regional interior minister, said nearly 50,000 acres were under threat in what is the worst fire in the Catalonia region in two decades.

Buch said authorities suspect the cause of the outbreak was a deposit of improperly stored chicken manure at a farm in the village of La Torre de l’Espanyol that high temperatures caused to combust.

TV images showed horses and sheep incinerated on a farm that had been in the path of the fire.

Five roads were closed to traffic in the rural area which is about 75 miles west of Barcelona.

The fire comes amid a heat wave that is boosting temperatures across Europe.