Technology Vaccine No Match Against Flu Bug That Popped Up Near End
Health, Science & Technology 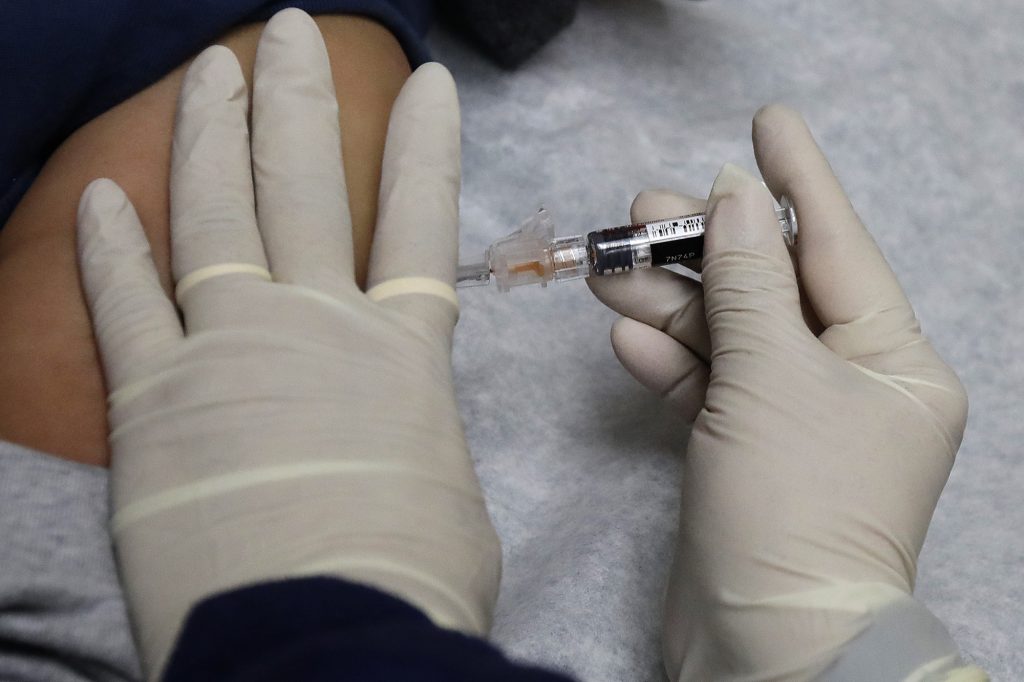 The flu vaccine turned out to be a big disappointment again.

The vaccine didn’t work against a flu bug that popped up halfway through the past flu season, dragging down overall effectiveness to 29 percent, the U.S. Centers for Disease Control and Prevention reported Thursday.

The flu shot was working well early in the season, with effectiveness put at 47 percent in February. But it was virtually worthless during a second wave driven by a tougher strain, at just 9 percent.

There was “no significant protection” against that strain, said the CDC’s Brendan Flannery.

Flu vaccines are made each year to protect against three or four different kinds of flu virus. The ingredients are based on predictions of what strains will make people sick the following winter.

This season’s shot turned out to be a mismatch against the bug that showed up late.

That pushed down the overall effectiveness to one of the lowest in recent years. Since 2011, the only season with a lower estimate was the winter of 2014–2015, when effectiveness was 19 percent. A mismatch was also blamed then.

Vaccines against some other infectious diseases are not considered successful unless they are at least 90 percent effective. But flu is particularly challenging, partly because the virus can so quickly change. Overall, flu vaccine has averaged around 40 percent.

Flu shots are recommended for virtually all Americans age six months or older. Officials say the vaccine is still worthwhile since it works against some strains, and it likely prevented 40,000 to 90,000 hospitalizations over the winter flu season.

The CDC bases vaccine effectiveness on preventing cases bad enough to send someone to the doctor.