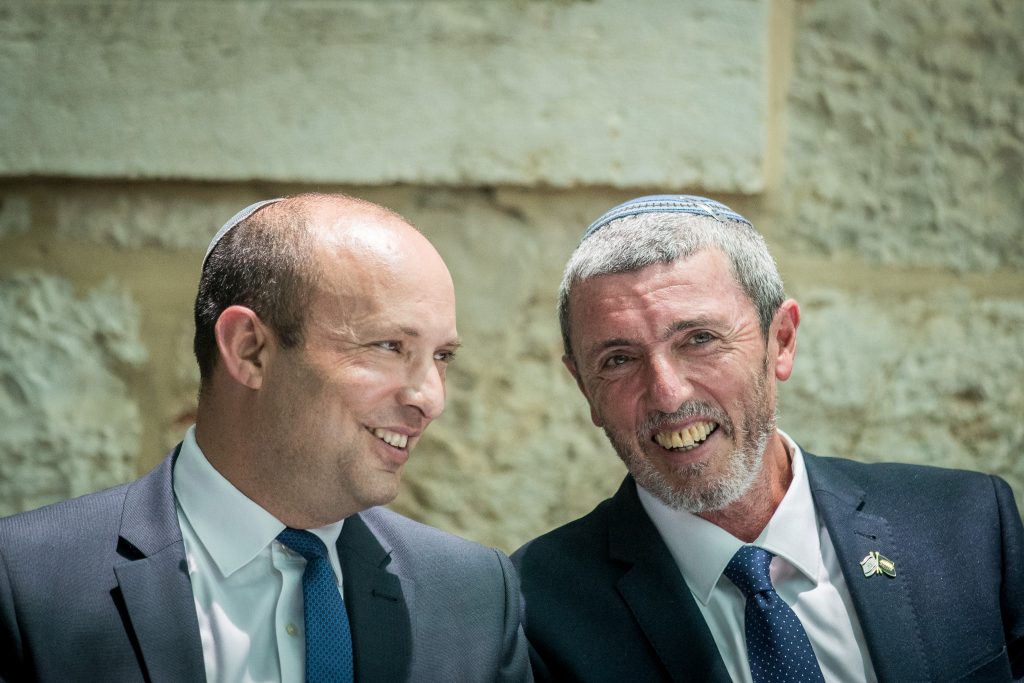 Across-the-board unity may not be the best strategy for the right-wing in the election campaign, according to a member of the New Right party citing public opinion research, The Jerusalem Post reported on Thursday.

“One big right-wing party to the right of Likud will decrease the size of the right-wing bloc, because if we are all together, the secular [right-wing] voters will not want to vote for a [religiously conservative] party, and the religious-conservative voters won’t want to vote for a party with secular characteristics,” said New Right party member Matan Kahana. This view was based on “in-depth research” commissioned by the party in recent days.

“Therefore, as we understand the political map, it seems that the right thing for us to do is that there be two blocs to the right of the Likud: one of the [religiously-conservative] parties, and another bloc of the right-wing, religious, secular and liberal parties.”

Kahana acknowledged that the logic of his analysis would mean that New Right and Zehut, both of which seek to appeal to secular as well as religious right-wing voters, would run together on a single list. Both were also short of the electoral threshold in April, leaving them out of the Knesset for the time being.

It would also mean that the more religious United Right party, a combination of Jewish Home and National Union, would run again on a separate slate.

Kahana stressed, however, that his party has yet to reach agreement with any other party and that the campaign strategy had not been finalized.

Conspicuously absent from the event was former Justice Minister Ayelet Shaked, who co-founded the party with Bennett. Following the April elections, she resigned from politics, but has since said she plans to return, though has not decided in what political framework she’ll do that.

On the possible return of Shaked to New Right, Kahana said: “We are starting this campaign headed by Naftali Bennett; if Ayelet wants to join, then she’s welcome.”

Meanwhile, Shaked, who has also reportedly been weighing options for joining either Likud or Jewish Home, remained non-committal in an interview with Channel 12:

“Regarding who I’ll run with – we’ll wait another week or two.”

“We have one Prime Minister, and the Likud movement has one leader, and his name is Binyamin Netanyahu. We need to talk before closing the lists and see what the political map looks like. We’re talking with all the relevant people.”