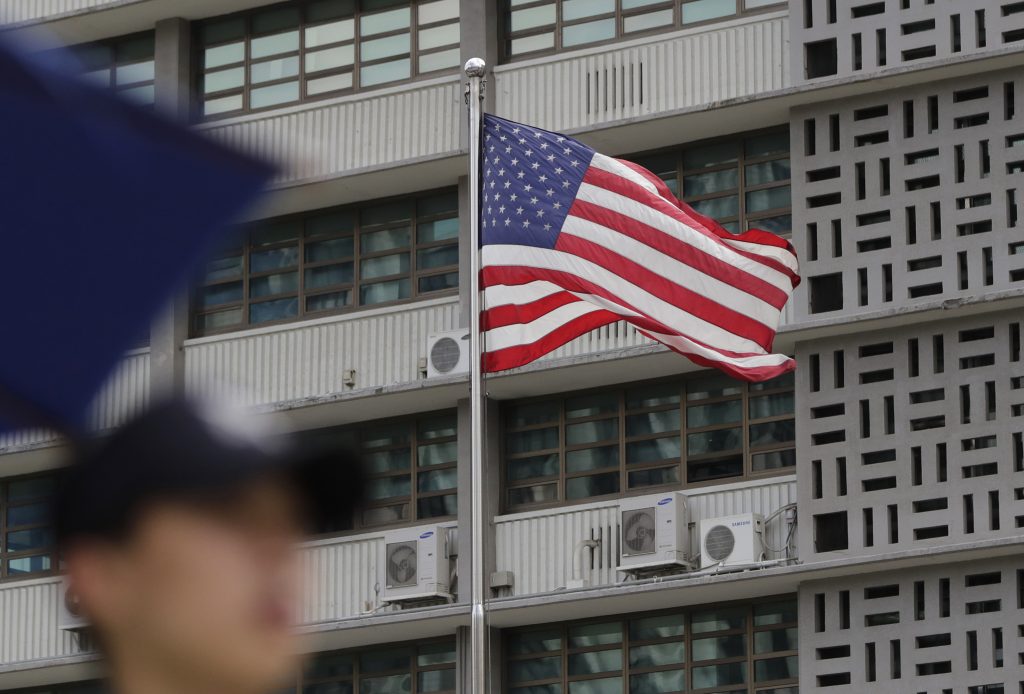 North Korea said Thursday that South Korea must stop trying to mediate between Pyongyang and Washington, as it stepped up its pressure on the United States to work out new proposals to salvage deadlocked nuclear diplomacy.

The North Korean statement was an apparent continuation of its displeasure with Seoul and Washington over the stalled diplomacy. But there are no signs that North Korea would formally abandon talks anytime soon as an inter-Korean liaison office in North Korean remains operating and the North still talks about good relations between its leader Kim Jong Un and President Donald Trump.

There have been no public meetings between the United States and North Korea since the breakdown of the second summit between Trump and Kim in Hanoi in February. Kim returned home empty-handed after Trump refused to provide him with badly needed sanctions relief in return for a limited denuclearization step.

The summit’s collapse was a blow to South Korean President Moon Jae-in, a liberal who shuttled between Washington and Pyongyang to facilitate talks between the countries to help find a diplomatic settlement of the North Korean nuclear crisis.

Talks of revival of diplomacy, however, have flared after Trump and Kim recently exchanged personal letters. Moon said earlier this week that U.S. and North Korean officials were holding “behind-the-scene talks” to try to set up a third summit between Trump and Kim. Moon also said talks between the two Koreas have been underway through unspecified “various channels.”

On Thursday, Kwon Jong Gun, chief of the North Korean Foreign Ministry’s U.S. affairs department, said it will “never go through” South Korea again when it deals with the United States. He also dismissed as false the comments by Moon and other South Korean officials that there are various exchanges and unofficial talks between the two Koreas.

“It’s better for the South Korean authorities to mind their own business at home,” Kwon said.

Kwon’s statement came after Chinese President Xi Jinping met with Kim during the first Chinese leader’s visit to Pyongyang since 2005. Some experts said Xi’s trip signaled Beijing, Pyongyang’s main ally and aid benefactor, intended to play a greater role as a mediator in the nuclear issue to increase its leverage with Washington over trade disputes.

Kwon also reiterated Kim’s previous demand that the United States come up with acceptable nuclear deals by the end of December.

“[North Korea]-U.S. talks won’t be held by themselves if the U.S. is repeating the resumption of dialogue like a parrot without thinking about realistic proposals that are in the interests of both sides,” he said.

He still said that North Korea-U.S. relations are proceeding based on the “friendly relations” between Kim and Trump.

The North’s Foreign Ministry said Wednesday it won’t surrender to U.S.-led sanctions and accused Washington of trying to “bring us to our knees.” U.S. officials have said the sanctions would stay in place unless North Korea takes significant steps toward nuclear disarmament.