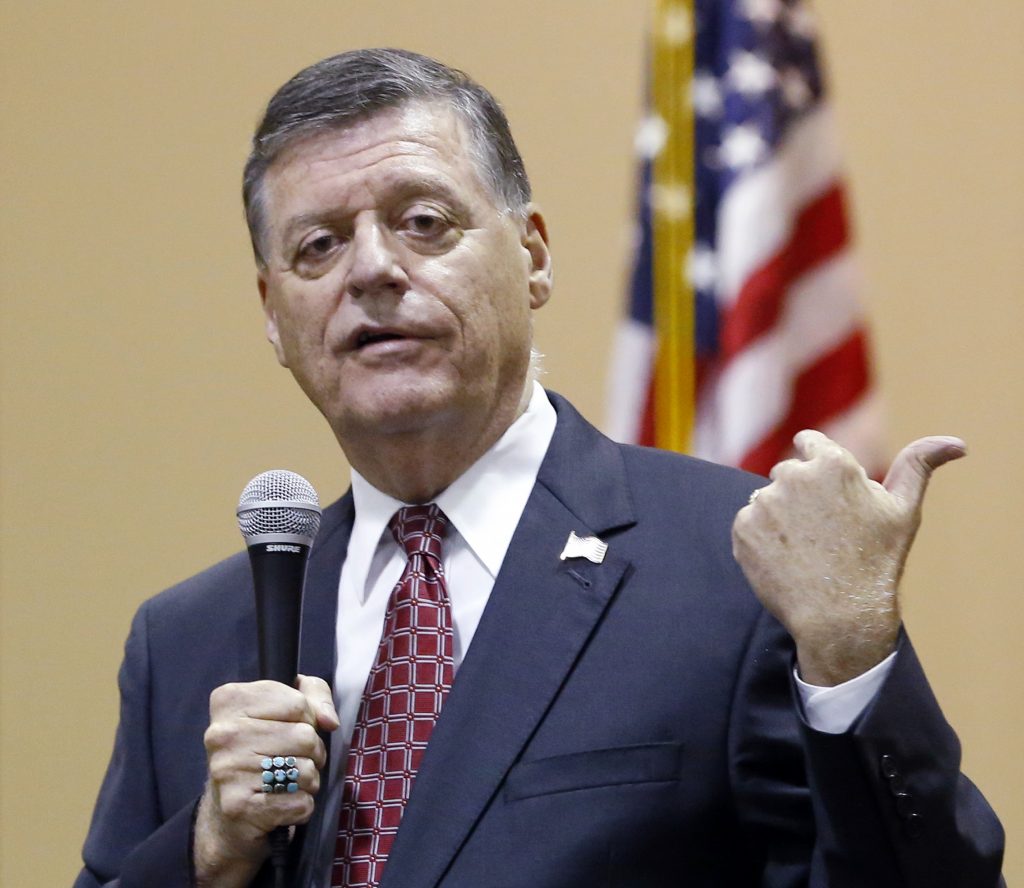 House Democratic leaders pushed forward Thursday with new changes to an emergency spending bill for the southern border, but the Trump administration said their legislation was unacceptable, Senate GOP leaders said they would not take it up, and moderate Democrats in the House rebelled.

The fast-moving developments left it uncertain whether Congress would be able to pass a final bill to address the humanitarian crisis on the border before leaving town for a week-long recess later Thursday or Friday.

Without action, the agency responsible for caring for unaccompanied children who have flooded the border will run out of money within days and conditions for minors in U.S. custody would worsen. Other agencies are also overburdened and short of funds, as huge numbers of Central Americans trying to reach U.S. soil have overwhelmed the system. Some migrants have died making the trip, while some children are being held in what observers describe as squalid conditions.

Failing to act “would be awful,” Rep. Tom Cole, R-Okla., said Thursday morning after leaving a meeting of the House Rules Committee, where the new Democratic legislation was approved along party lines.

“Look, they’re going to run out of money at the end of this month. It’s bad now. They’re reducing services down to the bare minimum in some of these places,” Cole said. “So we know that we need to get this done, and I’m very hopeful we will.”

The $4.6 billion Senate bill, which was approved 84 to 8 on Wednesday, includes billions of dollars for the Office of Refugee Resettlement that cares for unaccompanied children, as well as hundreds of millions more for Customs and Border Protection, the Pentagon and other agencies.

But some House Democrats say it gives the administration too much latitude to spend money in ways they oppose and does not do enough to ensure protections for migrants in U.S. care.

The legislation the House planned to vote on Thursday amends the Senate bill with changes that include a 90-day limit for how long children can spend in holding facilities; less funding for the Immigration and Customs Enforcement agency; and a provision to ensure lawmakers can visit facilities that hold children without prior notice.

“Right now we’re faced with a situation where we can do much better for the children,” House Speaker Nancy Pelosi, D-Calif., said at a news conference. “It’s about more accountability and more standards that I think we all share. I don’t know why anybody would be afraid of that.”

Pelosi had to make a number of concessions to House liberals before the House passed an earlier version of the border bill earlier this week, mostly along party lines. The Senate bill is unacceptable to some liberals in her caucus, and the changes Pelosi is now pushing are aimed at making the Senate bill palatable to a majority of House Democrats.

But Senate Republicans and the Trump administration announced strong opposition to Pelosi’s new bill Thursday. And the speaker faced a rebellion from a group of moderate Democrats who demanded a vote on the Senate bill and threatened to vote down a procedural measure that House leaders need to pass to move to a final vote.

The turmoil forced the House into an abrupt early-afternoon recess to give leadership time to figure out a way forward.

“We’re at a point now where these kids really need help now, where the Senate has overwhelmingly voted for something, Republicans and Democrats, liberals and conservatives,” said Rep. Jeff Van Drew, D-N.J., a member of the moderate Blue Dog group. “So quite frankly, I don’t want to see the House of Representatives be contrarians and I don’t want to go home this weekend until this is done.”

Van Drew added: “Somebody is putting us into something that can’t be won, that’s for sure, and that’s not right.”

Earlier, during a closed-door meeting of House Democrats, Pelosi and other leaders praised the Senate-passed bill as a good piece of legislation, while saying that the changes pursued by House Democrats would make it better. And at her news conference, Pelosi pointedly refused to rule out putting the Senate bill on the floor for a vote even without the changes she is seeking.

“We are looking forward to having further conversations on this matter, one step at a time,” Pelosi said. According to a senior Democratic aide, Pelosi had a nearly hour-long conversation with Vice President Mike Pence around midday as she sought a solution.

Pence was adamant that the House pass the Senate bill, according to congressional officials who spoke on condition of anonymity to describe the conversation.

As drama mounted behind closed doors, debate on the House floor grew heated and, at times, personal. Dozens of Republicans lined up and took turns asking for consent for a vote on the Senate bill, only to be denied by the Democrats.

“I will promise you this — on this side of the aisle we will stay here until this is done,” McCarthy said. “We will not leave and we will stand with the bipartisan vote in the Senate.”

For their part, some Democrats took to the floor to lambaste Senate Majority Leader Mitch McConnell, R-Ky., for refusing to work with them on the changes they are seeking.

“Majority Leader McConnell, if you fail to work with us to diminish this crisis, not only will your legacy be the legislative graveyard in the Senate, but the deaths of these children and families,” said Rep. Mary Gay Scanlon, D-Pa.

In May, more than 144,000 migrants were taken into custody after crossing the border — the largest monthly total in more than a decade. Asylum filings have also skyrocketed, as have arrivals of unaccompanied children.

Speaking on the Senate floor, McConnell said that if the House sends over a new partisan border spending bill, “we will simply move to table it.”

“We’re standing at the five-yard line, and yet apparently some in the House want to dig back into that ‘Abolish ICE’ playbook and throw a far-left partisan wrench into the whole thing,” McConnell said.

White House press secretary Stephanie Grisham said in a statement that “the only ones delaying help for the children are the Democrats.”

“We have already negotiated a broadly-supported bipartisan funding bill,” Grisham said. “It is time for House Democrats to pass the Senate bill and stop delaying funding to deal with this very real humanitarian crisis.”