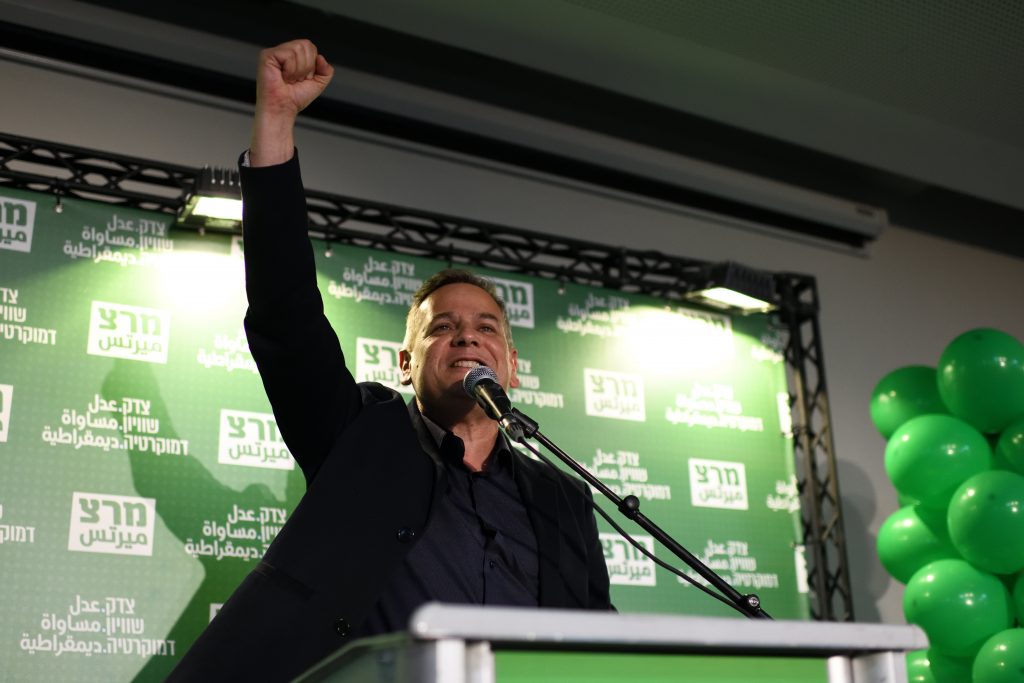 Horowitz won 56 percent of the voting party members versus Zandberg’s 43 percent, a margin of 458 to 388.

In his victory speech, Horowitz said, “The Israeli left has won.” He then proceeded to attack the leading candidates to its right. He accused Israeli Prime Minister Binyamin Netanyahu of taking the country to second elections for his own personal interests and called on those who abandoned Meretz to vote for Blue and White, “which has no record of accomplishment and offers no hope,” to “come home” in September.

This ends Zandberg’s term of office, which began in March 2018. During her tenure she failed to deliver significant electoral gains for the party, which continued to wallow in the low single digits.