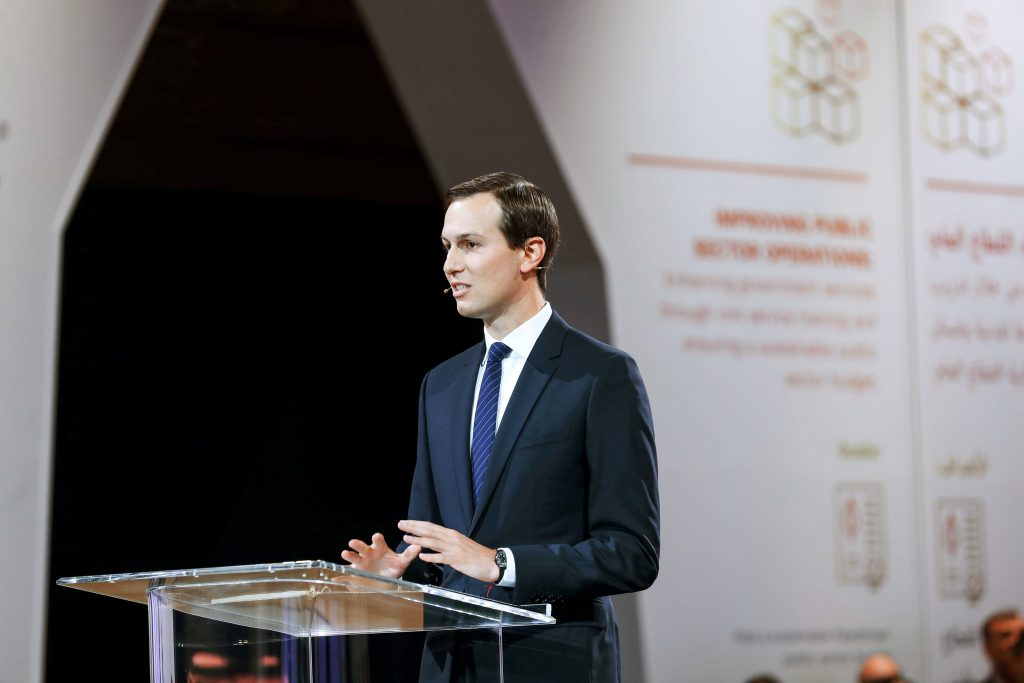 In an upbeat assessment of the Bahrain conference, White House adviser Jared Kushner said that even if the Palestinians weren’t there, the people who were, liked what they heard.

Kushner told the Saudi-owned Asharq al-Awsat newspaper that the workshop was a “tremendous success.”

People from “all over the world” were presented with what he called a “very detailed and reasonable” plan, and it was well received by the participants, who agreed that with multi-national help on the $50 billion scale projected, the Palestinian economy could indeed be transformed.

“After extensive review, people were very positive about it and considered it achievable,” he said.

In response to criticism that the workshop ignored the core political issues of the Israeli-Palestinian conflict, Kushner said that his proposal was only designed to be implemented in conjunction with a political solution.

“This plan is not political, so I think all those who criticize the plan for this reason do not realize the purpose of this economic effort,” he said. “We cannot just settle for a political solution without improving people’s lives, because that will hinder the political solution.”

Meanwhile, on Thursday, the Palestinians continued their rejection of the U.S. initiative.

“Bahrain was just simply a terrible exercise. I think it’s an economic workshop that has been fully and totally divorced from reality,” he said.

In addition, a senior Hamas official condemned remarks made by the Bahraini Foreign Minister on Wednesday in which he said Israel is here to stay in the region and his country accepts its right to exist.

“The foreign minister of Bahrain calling on the Arab states…to recognize Israel as a state that will remain affirms that the goal of the workshop is to erase the Palestinian right and normalize the existence of the occupation as a part of the region’s fabric,” Moussa Abu Marzouk, a member of the Hamas Politburo, tweeted.

Marzouk misrepresented the minister, however, who called for peaceful coexistence and communication with Israel, but that recognition would be contingent on resolution of the Palestinian issue.