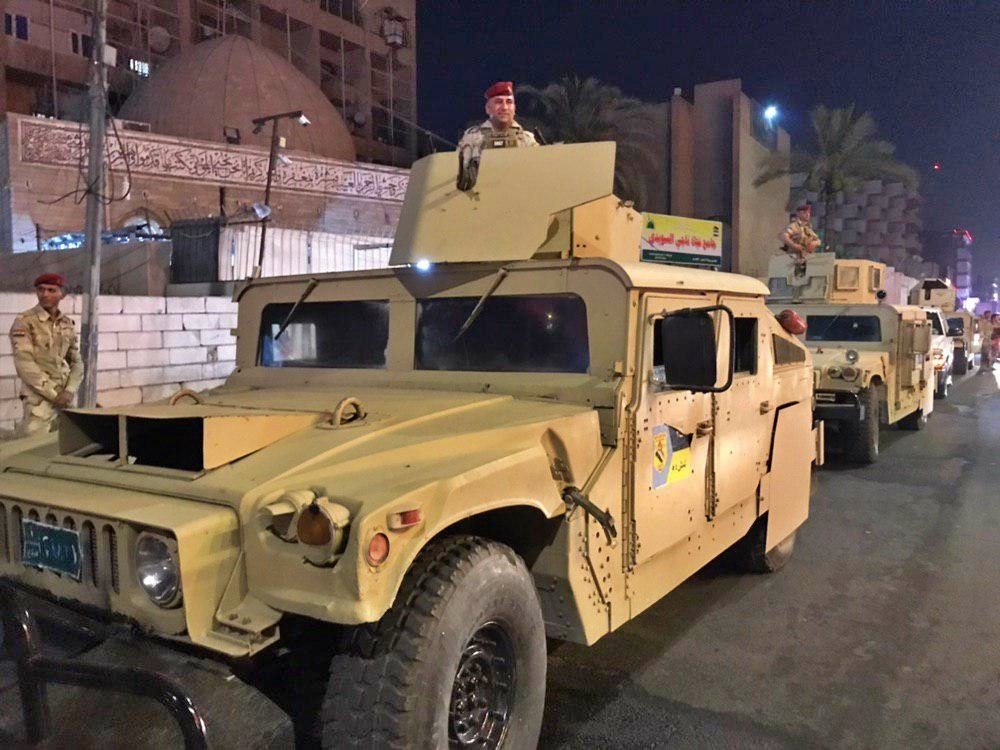 More than 200 demonstrators broke into the courtyard of Bahrain’s Embassy in Baghdad and took down the country’s flag on Thursday night, to protest a U.S.-led meeting in Bahrain on Israeli-Palestinian peace.

“We used our vehicle loudspeakers to encourage protesters to leave the compound,” a police officer stationed near the embassy said. “After they refused, police had to fire into the air.”

One protester, who identified himself as a member of the Islamic Resistance Groups, a term usually used by Iranian-backed Shiite militias, said the protest was a “clear message”.

“We took down the Bahraini flag to send a clear message to all those who participated in the Bahrain conference that we strongly reject normalizing relations with the Zionist occupiers and will never abandon our support of Palestinians,” said the man who identified himself as Abu Murtadha al-Moussawi. “We are ready to fight for this.”

The two-day conference in Manama was aimed at rallying support for a $50 billion investment plan in the Palestinian Territories as the first part of a broader White House political plan to end the Israeli-Palestinian conflict.

But the plan has met broad disdain from Palestinians and others in the Arab world, although regional U.S. allies such as Saudi Arabia discreetly support it. Neither the Israeli nor Palestinian Authority governments attended the meeting.