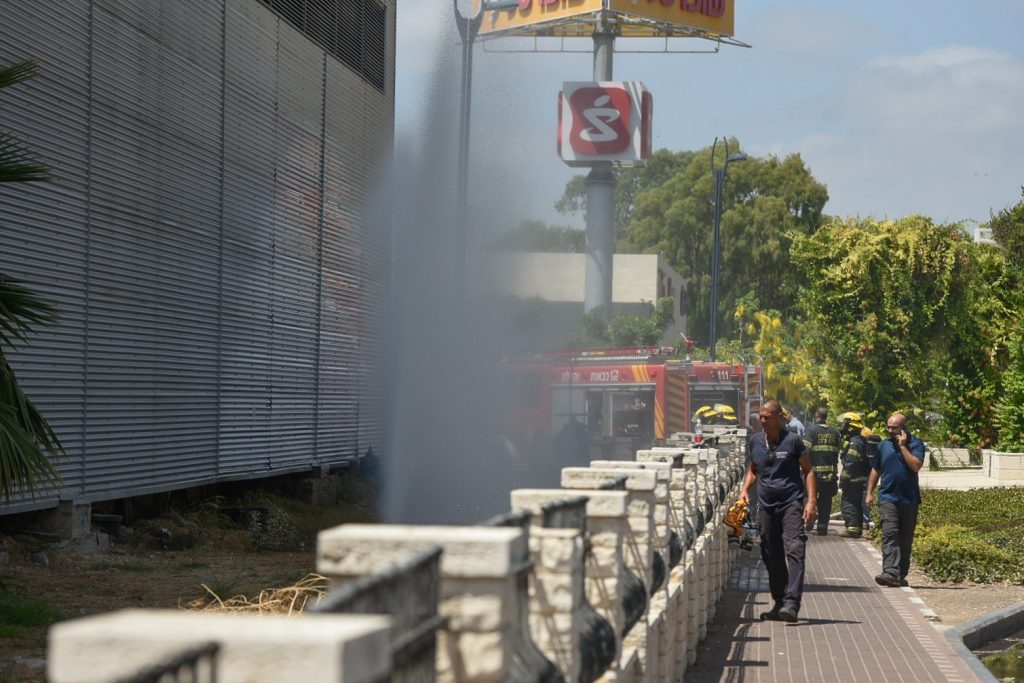 After a false all-clear and a re-imposition of restrictions, police issued a final all-clear Thursday evening in Akko, where an ammonia leak had threatened public safety.

“All closures and movement restrictions have been lifted in the area after the source of the leak was located and action was taken to seal the pipes and dilute [the ammonia] to the extent that removed any concern for the public’s safety,” police said in a statement.

An ammonia leak at an ice cream factory in Haifa Bay caused police to order Akko residents to remain in their homes with the windows closed, and shut down operations on Israel Railways trains in the area. A number of people were taken to local hospitals for treatment of eye problems caused by the leak, police said. Several roads and highways were also closed.

The leak was first reported Thursday morning, and after work by Unilever, the company responsible for the ammonia storage facility that was leaking, police declared an all-clear, after shutting down train operations and roads earlier. But police re-imposed the closures Thursday afternoon, this time insisting that people remain indoors. A shopping center adjacent to the factory was also cleared of patrons.

The ammonia is used in a cooling unit at the Unilever factory in Haifa Bay, where Strauss ice creams are manufactured. Police and firefighters were on alert and measuring the levels of ammonia in the air, and were ready to take further action if necessary, they said.

The issue of where of ammonia is stored has been a hot topic in Israel for years. Last year Haifa Chemicals said it was shutting down its operations in Israel, after the government demanded that it remove or rebuild an ammonia storage facility in the Haifa Bay area.

In 2013 the Environment Ministry approved a plan to move the Haifa Chemical storage facilities to a less-populated area of the Negev, because of fears that a leak or other incident could endanger the health and lives of the 800,000 residents of the region. The matter has been a cause célèbre for environmental groups for decades, who have organized many petitions, protests, and marches over the years to move the facility.