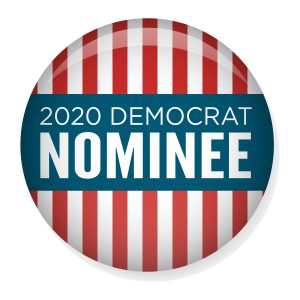 The first Democratic presidential debate on Wednesday will give contenders struggling to break through in the crowded field an opportunity to step out of the shadow cast by front-runners Joe Biden and Bernie Sanders, who take the stage a day later.
Senator Elizabeth Warren, who is gaining strength in opinion polls, will be the headliner of the opening night in Miami. She will be joined onstage by nine other candidates, including Senators Cory Booker and Amy Klobuchar and former Representative Beto O’Rourke.

Booker, Klobuchar and O’Rourke have had their moments during the first few months in the battle for the 2020 Democratic nomination. But they have not broken through to mount a serious challenge to the top contenders, making Wednesday’s debate a chance to grab some of the limelight.

O’Rourke’s travails come perhaps as the biggest surprise. On the heels of his underdog 2018 run for the Senate in Texas that made him a national figure, his entry into the presidential race was met with a crush of media coverage. But he has steadily dropped in polls and needs to right the ship.

Booker enjoyed time in the public eye last week when he slammed Biden for remarks the former vice president made at a fundraiser describing his work with segregationists decades ago in the Senate. The debate offers Booker, a senator from New Jersey, his best chance yet to introduce himself to Democratic voters unfamiliar with him.

The same can be said of Klobuchar, a senator from Minnesota who may be best known for her snowy campaign launch in February. She has mostly concentrated on neighboring Iowa, which holds the first nominating contest next year in the race to take on Republican President Donald Trump in the 2020 election.

With 10 Democrats attending the two-hour debate, each candidate will only have 60 seconds to answer a question and 30 seconds to respond to a follow-up, making each response critical.

The night is crucial for Warren, a senator from Massachusetts looking to build on her recent momentum. A steady stream of progressive policy proposals and her near nonstop campaigning have siphoned some left-wing support from Sanders, a senator from Vermont, and made her a threat for the nomination.

But she needs to broaden her appeal to the mainstream Democratic Party to make a run at Biden, who retains a commanding polling lead.

Warren’s surge may make her a target on Wednesday, particularly from some of the moderates on stage. Even though Biden will not be present, his front-runner status will likely draw some flak as well.

The overriding question for both nights of debates is how fiercely Democrats will attack one another, rather than training their fire on Trump.

The president said last week he might tweet his reactions live during the first Democratic debate, which will take place as he flies aboard Air Force One to Osaka, Japan, for a G20 summit, and a visit to South Korea.

“Having these 20 Democrats on [broadcast media] tell America what they believe is the best commercial for the president’s re-election that we could ask for,” said Tim Murtaugh, communications director for the Trump campaign.

Alex Conant, a top aide to Republican presidential candidate Marco Rubio in 2016, said Democrats onstage would have to be prepared for moderators to confront them with a Trump tweet in real time.

“If they fail to counterpunch, their campaign might be over,” Conant said.

It may be difficult for the Democratic candidates to distinguish themselves on areas of policy such as healthcare, immigration and climate change, where there seems to be broad agreement among the presidential field.

The danger for the candidates is “everyone stands there and mimics each other” and no one leaps out from the pack, said Alan Schroeder, an expert on presidential debates and a professor emeritus at Northeastern University.

Schroeder said the sheer number of contenders would make it difficult for them and for viewers trying to sort out the field.

“It’s not an ideal situation for anyone,” he said.

The Miami debates on Wednesday and Thursday are sponsored by NBC, MSNBC and Telemundo.