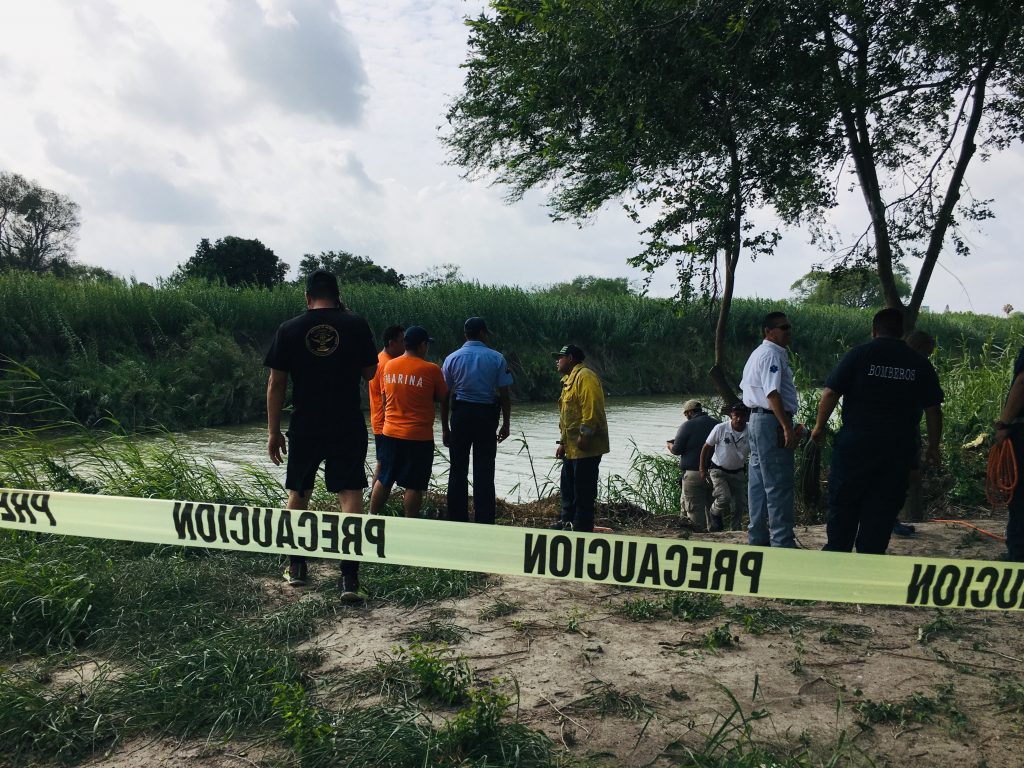 The mother of a man who drowned alongside his 23-month-old daughter while trying to cross the Rio Grande into Texas says she finds a heartbreaking photograph of their bodies hard to look at but takes some comfort in knowing “they died in each other’s arms.”

Óscar Alberto Martínez Ramírez and his daughter Valeria were swept away by the current near Matamoros, Mexico, and Brownsville, Texas, this week. The grim photo shows the girl tucked inside her father’s shirt for protection with her arm draped over his neck — an image that underscores the dangers migrants and asylum-seekers face trying to make it to the United States and the desperate measures they resort to in the face of policies designed to deter them.

“It’s tough, it’s kind of shocking, that image,” the 25-year-old man’s mother, Rosa Ramírez, told The Associated Press. “But at the same time, it fills me with tenderness. I feel so many things, because at no time did he let go of her.”

“You can see how he protected her,” she said. “They died in each other’s arms.”

The U.S.-Mexico border region has long been perilous for those trying to cross illegally into the United States between ports of entry, from the fast-moving Rio Grande to the scalding Sonoran Desert. A total of 283 people died while trying to cross last year; figures for 2019 have not yet been released.

On Sunday, Martínez decided to make that journey, swimming with Valeria from Matamoros to the Texas side of the Rio Grande, where he left her on the riverbank and started back to get his wife. Seeing him leave, the girl threw herself into the water. Martínez returned to get her, but both were swept away.

Migration activists worry people may be driven to more risky measures by recent U.S. policies such as “metering” that dramatically reduce the numbers allowed to apply for refuge, as well as others that send asylum-seekers back across the border to wait in Mexico while their cases slog for months or even longer through a backlogged U.S. immigration court system. Wait lists for registering refugee claims with U.S. officials are in the thousands at some ports of entry.