World Danon at U.N. Calls for War on Anti-Semitism
World 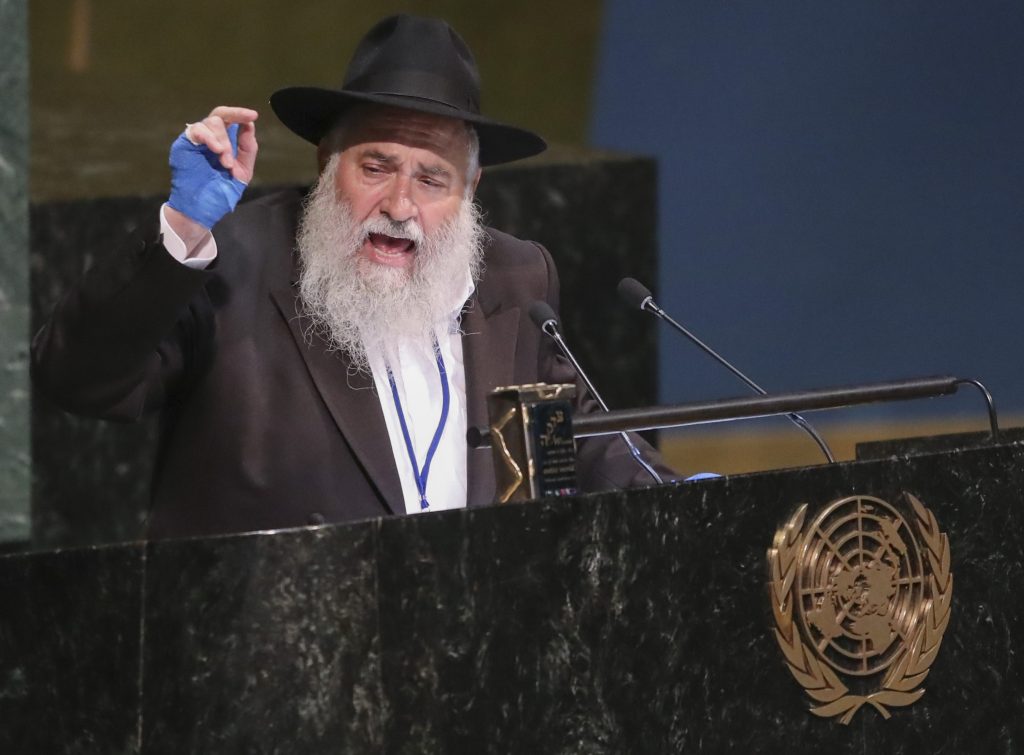 Israel’s ambassador to the United Nations Danny Danon called on the members of the General Assembly on Wednesday to join in a war on anti-Semitism around the world.

In a special U.N. session attended by over 90 countries, Danon said, in reference to recent mass shootings in the U.S., “The sounds we heard at Pittsburgh and Poway do not allow us to act with restraint. The world’s approach to eradicating anti-Semitism must be like that of modern warfare. It must attack on multiple fronts.”

Danon urged a plan of action, including a special envoy to fight anti-Semitism on behalf of the U.N. Secretary-General and promoting an active policy for monitoring and removing anti-Semitic content on the Internet. He also said countries must remove all anti-Semitic politicians from office, and implement legislation to educate their population on identifying anti-Semitism.

Rabbi Goldstein, who was wounded in the shooting attack in Poway, California, addressed the gathering: “In far too many places around the world Jews are becoming more vulnerable…They are paying a shockingly high price to keep themselves safe. Since the horrific attack at our Chabad center, I have made it my personal mission to harness the tools used for spreading darkness and hate for spreading love and light. To fight darkness not with more darkness — but with a great big light.” The rabbi was accompanied by the daughter and sister of Lori Gilbert Kaye, Hy”d, who was murdered in the shooting.

U.N. Secretary General António Guterres opened the discussion by stating, “We must tackle the tsunami of hatred that is so visible and violent across the world today. I guarantee you that I will continue to call out anti-Semitic racism and other forms of hatred loudly and unapologetically.”

In addition to member state delegations, the session was also attended by hundreds of guests from the Jewish community in the United States, Jewish and pro-Israel organizations, and many more.