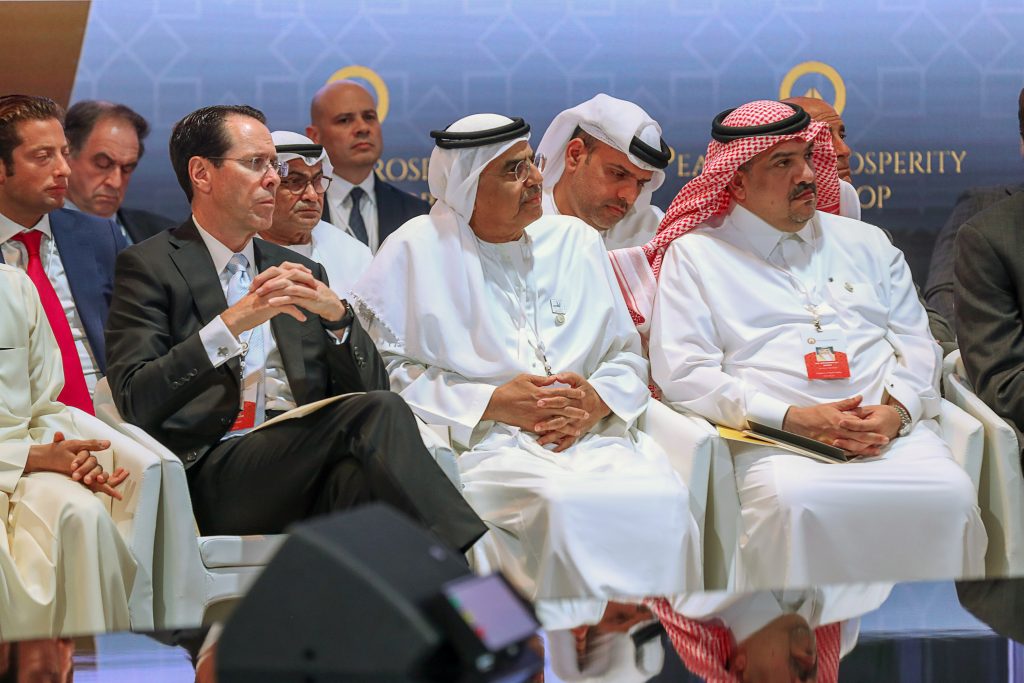 Bahrain’s foreign minister Khalid bin Ahmed Al Khalifa gave interviews to Israeli journalists on Wednesday, one of the few times that an official from a Gulf state with no diplomatic relations with Israel has done so.

Al Khalifa told Israel’s Channel 13 and The Times of Israel of his hopes for the conference in particular, and for the region in general.

He said that the workshop could be a “gamechanger” on a scale of the 1978 Camp David peace agreement between Israel and Egypt.

“We see it as very, very important,” Al Khalifa said.

Moreover, he stressed that his country recognizes Israel’s right to exist, knows that it is “there to stay,” and wants peace with it.

“Israel is a country in the Middle East. Israel is part of this heritage of this whole region historically. So the Jewish people have a place amongst us. So communication needs to be a prerequisite for solving all the dispute. We should talk,” he said.

Regarding the U.S. peace plan, Khalifa said he has not seen the political part yet, but expressed cautious optimism.

“We have to wait. I cannot talk about something that I don’t know. But we hope that this political plan will also be attractive to everybody,” he said. “Look at the workshop. It’s very attractive. You don’t want to give an attractive offer and then come and bring something that could stall it. We want to see it continue on the same momentum. So we’ll see it.”

When asked about which elements of a deal Bahrain might be willing to endorse, he replied: “Whatever you can agree on with the Palestinians.”

That was the drift of a comment made by Saudi Arabia’s finance minister Mohammed al-Jadaan to Reuter as well, saying his country will support whatever economic plan will bring prosperity to the Palestinians.

United Arab Emirates Minister of State for Financial Affairs Obaid Humaid al-Tayer said “we should give this initiative a chance.”