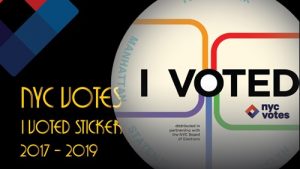 The Democratic Party held primaries in New York City on Tuesday, June 25, for who will represent the party in the general elections on November 5, 2019.

In the City Council’s 45th District, incumbent Farah Louis held on to her seat. The seat had previously been held by Jumaane Williams, who vacated it when he won a special election for public advocate in February. Louis then won a special election for the seat in May, but she had to defend her seat once again in the primary Tuesday night. In both elections, she defeated Monique Chandler-Waterman, who had the support of Williams.

In the hotly contested Democratic primary for Queens District Attorney, with more than 98.5 percent of the vote counted, Tiffany Caban leads with 33,814 votes or 39.57 percent, while Melinda Katz has 32,724 votes or 38.3 percent. Can’s lead is by 1,090 votes, with 3,400 absentee ballots still to be counted in the seven-way race.

In the race for Rockland County District Attorney, Thomas Walsh, the candidate supported by the Orthodox Jewish community, won more than 50 percent of the vote in  a four-way race.