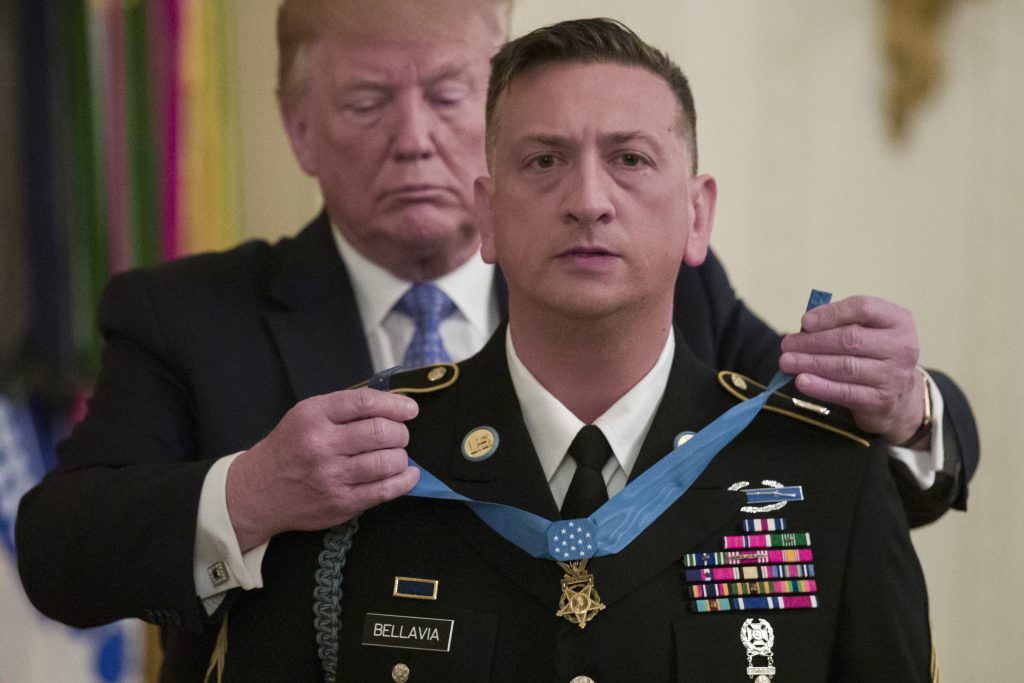 President Donald Trump has awarded the nation’s highest military honor to an Iraq veteran who cleared an insurgent strongpoint and allowed members of his platoon to move to safety.

The president is presenting the Medal of Honor to former Army Staff Sgt. David G. Bellavia of Lyndonville, New York.

Bellavia was leading a squad in support of Operation Phantom Fury in Fallujah in November 2004. The White House says that after Bellavia helped his platoon escape fire, he entered a house and killed at least four insurgents who were firing rocket-propelled grenades.

Bellavia, who left the Army in 2005, has been awarded the Silver Star, the Bronze Star and the New York State Conspicuous Service Cross.

He is the first living Iraq veteran to receive the Medal of Honor.