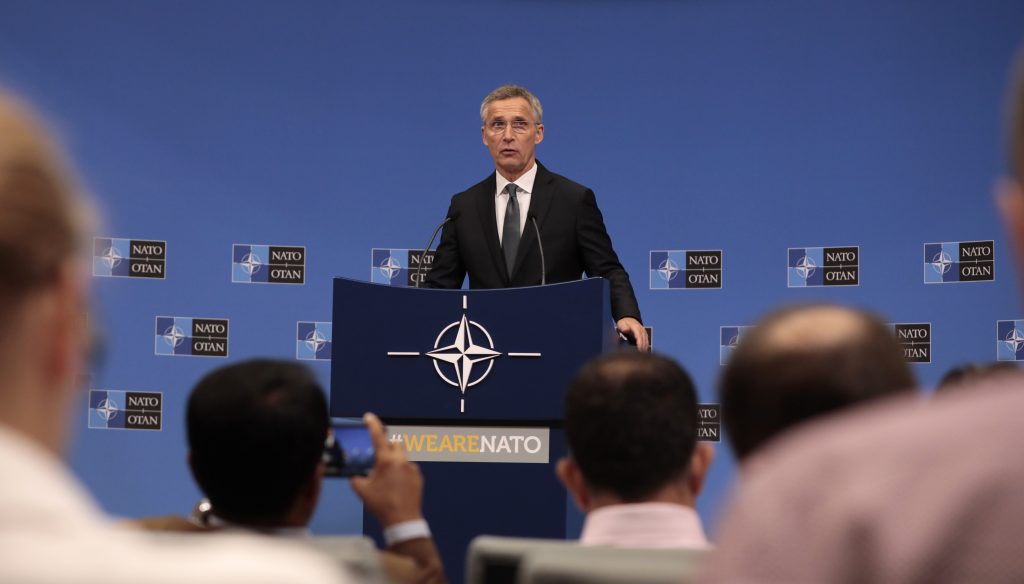 NATO urged Russia on Tuesday to destroy a new missile before an August deadline and save a treaty that keeps land-based nuclear warheads out of Europe, or face a more determined alliance response in the region.

NATO defense ministers will discuss on Wednesday their next steps if Moscow keeps the missile system that the United States says would allow short-notice nuclear attacks on Europe and break the 1987 Intermediate-range Nuclear Forces Treaty (INF).

“We call on Russia to take the responsible path, but we have seen no indication that Russia intends to do so,” Secretary-General Jens Stoltenberg told a news conference. “We will need to respond,” Stoltenberg said.

The United States and its NATO allies want Russia to destroy its 9M729/SSC-8 nuclear-capable cruise missile system, which Moscow has so far refused to do. It denies any violations of the INF treaty, accusing Washington of seeking an arms race.

Without a deal, the United States has said it will withdraw from the INF treaty on Aug. 2, removing constraints on its own ability to develop nuclear-capable, medium-range missiles.

The dispute has deepened a fissure in East-West ties that severely deteriorated after Russia’s seizure of Crimea and its involvement in Syria.

Russia warned on Monday of a stand-off comparable to the 1962 Cuban missile crisis if the United States were to deploy land-based missile systems near Russia’s borders, but Stoltenberg said there were no such plans.

U.S. Ambassador to NATO Kay Bailey Hutchison told reporters that at present, Washington was only considering conventional, not nuclear weapons, in any possible response.

“All options are on the table but we are looking at conventional systems, that’s important for our European allies to know,” she said.

European allies are also worried about the deployment of U.S. nuclear missiles in Europe, as happened in the 1980s, and being caught up in nuclear competition between Moscow and Washington.

The INF treaty, negotiated by then-President Ronald Reagan and Soviet leader Mikhail Gorbachev and ratified by the U.S. Senate, eliminated the medium-range missile arsenals of the world’s two biggest nuclear powers and reduced their ability to launch a nuclear strike at short notice.