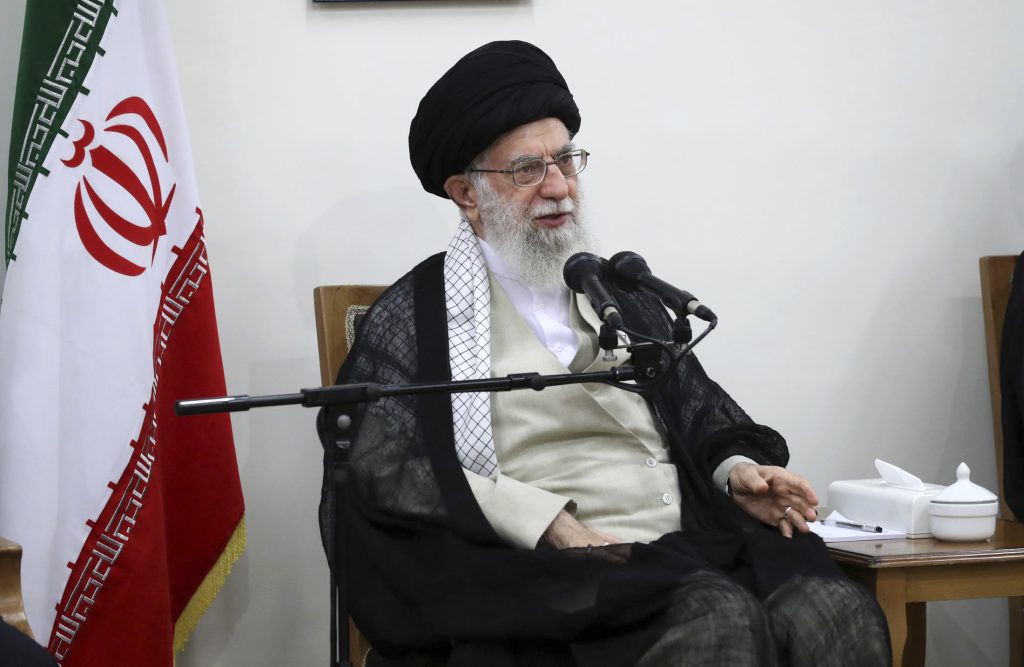 Iran on Tuesday slammed the Trump administration over new U.S. sanctions targeting the Islamic Republic’s supreme leader and other top officials, with the Foreign Ministry saying the measures spell “permanent closure” of diplomacy between Tehran and Washington.

“The fruitless sanctions on Iran’s leadership and the chief of Iranian diplomacy mean the permanent closure of the road of diplomacy with the frustrated U.S. administration,” Mousavi said.

Washington says the measures were taken to discourage Tehran from developing nuclear weapons and supporting terror groups. This comes amid heightened tensions between Iran and the U.S. over Tehran’s unraveling nuclear deal with world powers.

Mousavi’s statement echoed that of Iran’s U.N. ambassador, Majid Takht Ravanchi, who warned on Monday that the situation in the Persian Gulf is “very dangerous” and said any talks with the U.S. are impossible in the face of escalating sanctions and intimidation. Meanwhile, the U.S. envoy at the United Nations, Jonathan Cohen, said the Trump administration’s aim is to get Tehran back to negotiations.

The sanctions follow Iran’s downing last week of a U.S. surveillance drone, worth over $100 million, over the Strait of Hormuz, an attack that sharply escalated the crisis in the Persian Gulf. After the downing of the drone, Trump pulled back from the brink of retaliatory military strikes but continued his pressure campaign against Iran.

The latest round of sanctions denies Khamenei and senior Iranian military figures access to financial resources and blocks their access to any financial assets they have under U.S. jurisdiction.

Trump said the new sanctions are not only in response to the downing of the American drone. The U.S. has blamed Iran for attacks on two oil tankers this month near the Strait of Hormuz. Citing those episodes and intelligence about other Iranian threats, the U.S. has sent an aircraft carrier to the Persian Gulf region and deployed additional troops alongside the tens of thousands already there.

The sanctions were announced as U.S. Secretary of State Mike Pompeo was holding talks in the Middle East with officials in the United Arab Emirates and Saudi Arabia about building a broad, global coalition that includes Asian and European countries to counter Iran. Pompeo is likely to face a tough sell in Europe and Asia, particularly from those nations still committed to the 2015 nuclear deal.