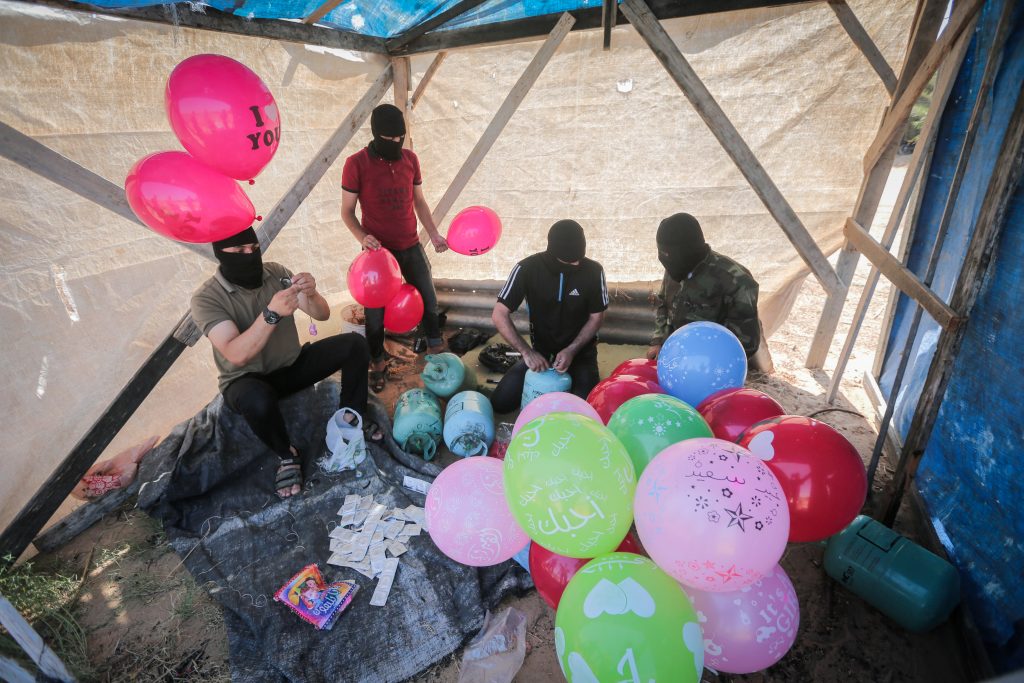 Palestinian protests against the Bahrain conference turned violent on Tuesday when disturbances at the Gaza border fence led IDF troops to open fire after tear gas failed to disperse them.

Twelve Palestinians were injured, according to the Gaza Ministry of Health.

Meanwhile, at least 10 brushfires were ignited in southern Israel by incendiary balloons launched from Gaza.

Seven of the fires were in the Eshkol region, two were in Sha’ar Hanegev and one in Sdot Negev, according to the local authorities. All were extinguished. B’chasdei Shamayim, no injuries were reported.

There were also protests in other parts of Yehudah and Shomron, including the city of Tulkarem.