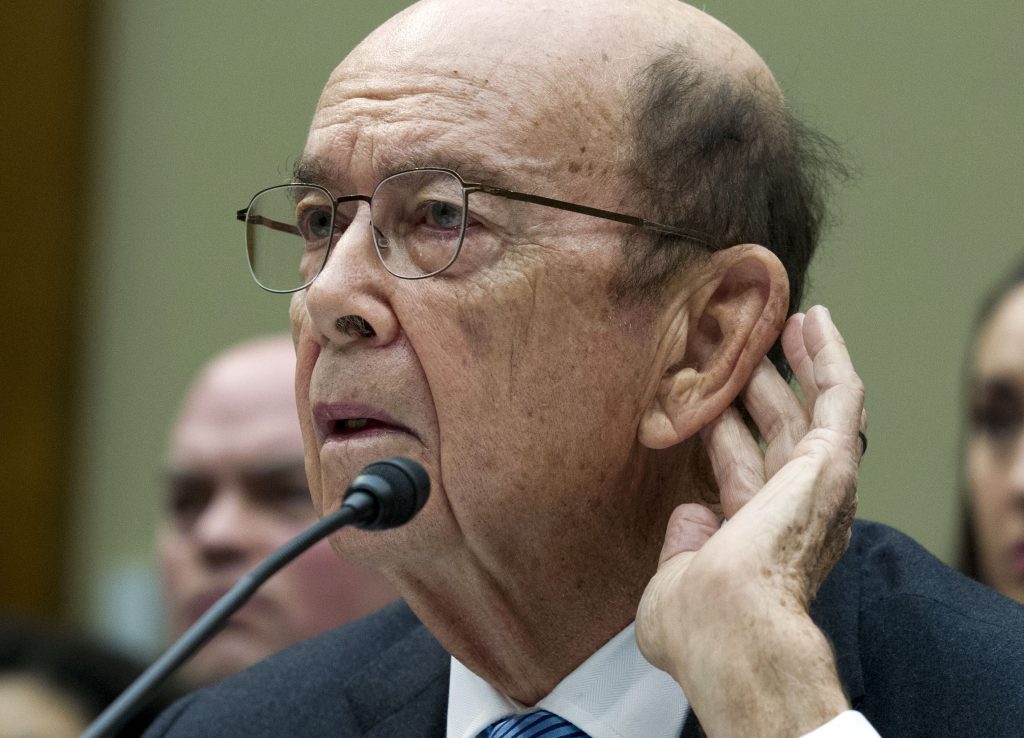 A lawsuit that alleges a 2020 census question pushed by the Trump administration violates minorities’ rights will be sent back to a federal court in Maryland so new evidence can be considered, U.S. appeals judges ruled Tuesday.

The 4th Circuit Court of Appeals’ decision comes a day after U.S. District Judge George Hazel of Maryland suggested in an opinion that racial discrimination and partisan power plays could be the underlying motives in asking everyone in the country about citizenship status. The 4th Circuit’s order sending the case back to Hazel could be pivotal.

“The decision today opens up a potentially new legal front in the fight against the citizenship question,” said Thomas Wolf, counsel for the Democracy Program at the Brennan Center for Justice and an expert on census matters.

The Supreme Court is expected to decide this week whether the Trump administration can add its citizenship question to the 2020 population survey. However, the justices are not considering legal questions about whether the citizenship addition might be discriminatory.

Now that the 4th Circuit has sent this lawsuit back to the federal court in Maryland, Hazel could issue an injunction blocking the citizenship question. If that were to happen, the order issued by the lower court would have to hold until the Supreme Court can take up the matter, according to Wolf.

And because the Supreme Court does not generally hear arguments again until October after this week’s decisions, there would be more time for the 4th Circuit to hear an appeal, said Jennifer Nou, a University of Chicago law professor.

The Trump administration insists that printing of census questionnaires is supposed to begin July 1. It wants justices to resolve the citizenship question swiftly in its favor, essentially cutting off additional proceedings in court in Maryland and New York and allowing the census forms to be printed with the new question.

Even before the 4th Circuit issued its order, the U.S. Justice Department was urging the Supreme Court to ignore the evidence Hazel says merits further review.

“It is based on a speculative conspiracy theory that is unsupported by the evidence and legally irrelevant to demonstrating that (Commerce Secretary Wilbur Ross) acted with a discriminatory intent,” Solicitor General Noel Francisco, Trump’s top Supreme Court lawyer, wrote in a Tuesday letter to the court.

But in his court filing Monday, Hazel reasoned that the trove of new evidence “potentially connects the dots between a discriminatory purpose — diluting Hispanics’ political power — and Secretary Ross’s decision” to include the citizenship question.

The new evidence consists of computer documents from Republican operative Tom Hofeller, who died last year. They include detailed calculations projecting gains Republicans would see in Texas by basing legislative districts on the number of voting-age citizens rather than the total population. The late North Carolina redistricting expert said in the documents that GOP gains would be possible only if the census asked every household about its members’ immigration status for the first time since 1950.

Ross, who oversees the Census Bureau, said in a memo last year that the Justice Department wants to ask the question to gather data to help identify majority-minority congressional districts, which the Voting Rights Act calls for when possible.

In his opinion issued a day before the 4th Circuit’s order, Hazel said he would reopen discovery for 45 days, order an evidentiary hearing and issue a “speedy ruling.”