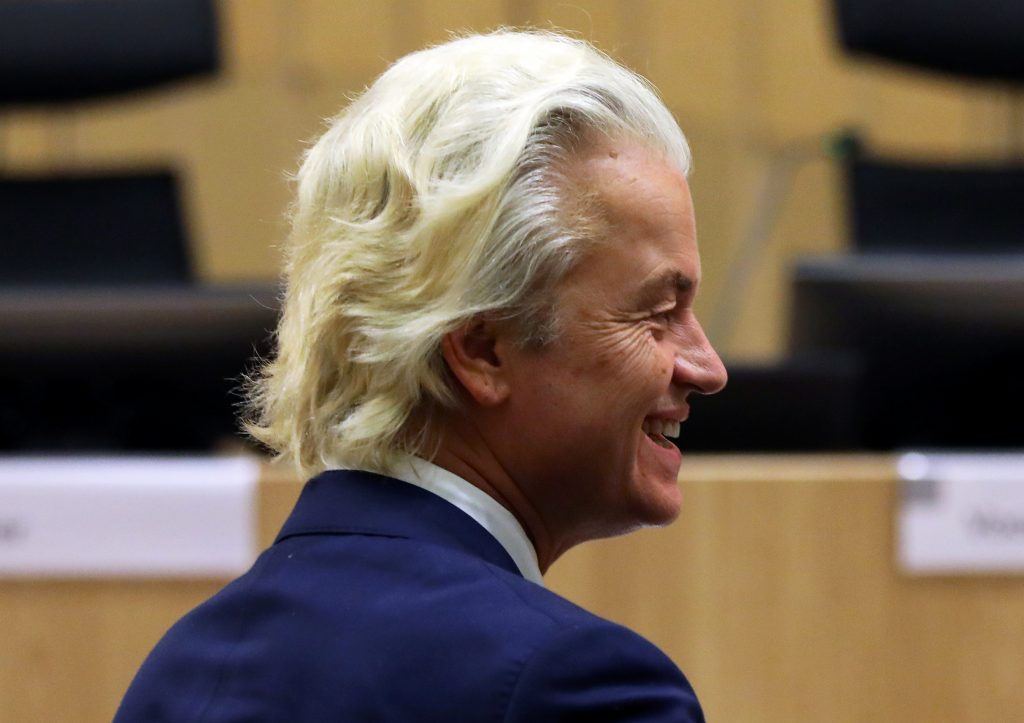 Lawyers for Dutch anti-Islam politician Geert Wilders appealing his 2016 hate speech conviction called on Tuesday for a delay in court proceedings to allow an inquiry into whether the charges were “politically motivated.”

They spoke at a hearing in the Hague Appeals Court which Wilders, who has also called for a ban on the Koran and a tax on Islamic headscarves, attended but was not expected to speak.

He said only that the case was “political.”

Lawyers for Wilders, a prominent European far-right populist, cited what they said was new evidence in calling at the start of the hearing for a delay and investigation into the incitement charges.

The Hague court was expected to decide later on Tuesday whether to suspend the appeals hearing at the defense’s request or resume proceedings as scheduled on Thursday.

Wilders was convicted over a 2014 incident at a campaign rally when he asked supporters whether they wanted more or fewer Moroccans in the Netherlands. When they chanted “Fewer! Fewer! Fewer!” he replied: “We’re going to take care of that.”

He was prosecuted after Dutch authorities received dozens of complaints from individuals and Muslim groups.

The court ruled Wilders’ remarks were insulting to Dutch Moroccans and remarked that his right to freedom of speech did not outweigh their right not to have hatred incited against them. But judges imposed no fine or jail sentence.

His lawyer, Geert Jan Knoops, told judges on Tuesday that a delay was needed to investigate assertions that prosecutors had failed to disclose the alleged involvement of then-Justice Minister Ivo Opstelten in launching the prosecution against Wilders.

Opstelten said he had no involvement in Wilders’ prosecution and resigned in 2017 over an unrelated matter.

In previous hearings, Knoops argued that hate speech rules were hazy and had been “selectively applied” against Wilders.