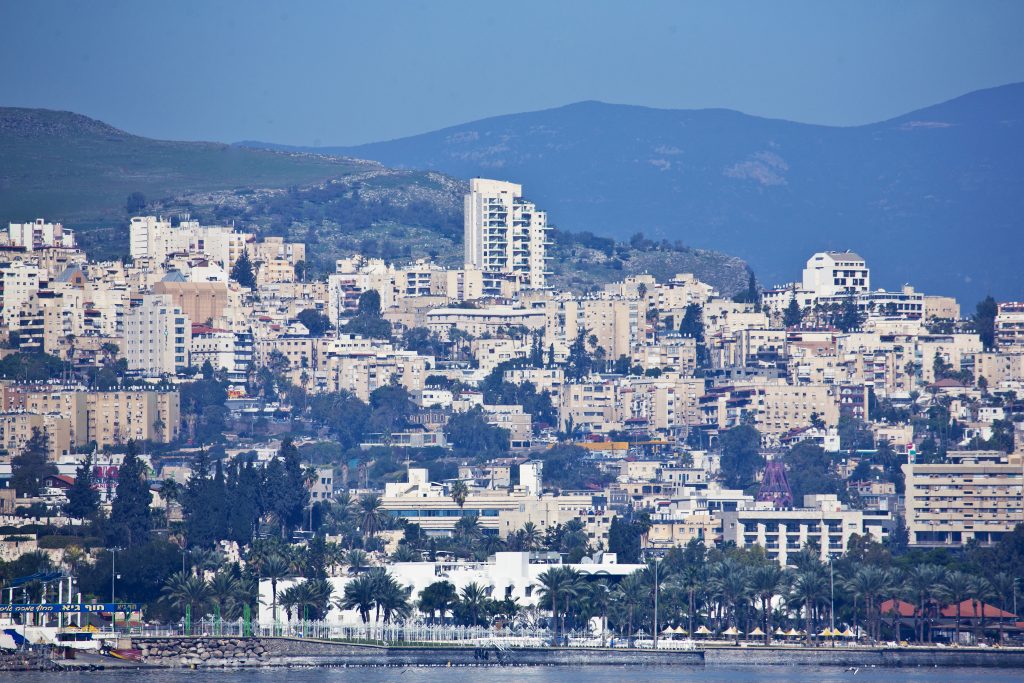 During a visit by Agudas Yisrael members in the Upper Galilee in 1934, they called on the Rav of Teveria, Harav Yaakov Chai Zrihan, zt”l, the Sephardic Rav in Teveria for some 50 years. In his memoirs, Reb Binyamin Mintz, z”l, wrote:

“His large, spacious room is full of sefarim, the black turban, the white beard and the white cloak remind us of forgotten images, figures from the Golden Age of the Jews of Spain. We entered his chamber, and the Chacham was sitting, his legs folded under him, on a bench, deep in thought. He was like a pillar of iron that does not bend. He leads with independence and everyone submits to him. Even the mayor kisses his hand with respect.”

Teveria has always been a holy city that was a bastion of Torah. In the year 5503, there was an influx from Spain to the city and 35 years after that, in 5538, there was a big aliyah of the disciples of the Baal Shem Tov, headed by Harav Mendel of Vitebsk, zy”a.

In the subsequent years, and especially since the establishment of the State, many chose to leave the Galilee and settle in the center of the country. About 50 years ago, the Sephardic Rav of the city, Harav Meir Vaknin, zt”l, sought to reinstate the glory. He established a Talmud Torah and installed Harav Machlouf Kobi, zt”l, a Torah scholar and yerei Shamayim, at its head.

Teveria of those days had a unique atmosphere. There were many Sephardic Chachamim and Rabbanim, led by Rav Meir Vaknin, and Harav Dovid Peretz, zt”l, who succeeded him at the Rabbinate after his passing, alongside the elders of the Chassidic courts of Slonim and Karlin, who cast their glow upon the city and left an impression. In recent years, there has been an awakening of the holy courts, which have established communities in the city. Today, there are about 44,000 residents there. Nearly half of the city’s children attend Torani schools.

In the last year, the city has experienced turmoil that has threatened to sully the beauty and solidity of the city. The grandson of Rav Machlouf Kobi, Ron Kobi, has been seeking to uproot any memory of the past. With a huge pickaxe, he is trying to excavate every symbol of Judaism from the city in which the Talmud Yerushalmi was compiled, from the city where holy sages are buried, from the city of which Chazal said that its vision is good.

To garner the love of the masses, he declared immediately upon taking office that there would be buses on Shabbos. He also declared that no more than 30 percent of the city would be allowed to be chareidi, as he slammed the city’s Rabbanim and harshly incited against the chareidi community. As a politician, he chose to follow the old path of the Lapid family and the rest of the enemies of religion who wanted to build a career on the backs of the chareidim.

This week, Ron Kobi experienced one of his hardest moments in politics. The municipal budget did not pass, and there is a significant chance that the Interior Ministry will instruct that the city council be dissolved and new elections held. But Ron Kobi is not one to stop there. This week he announced that he planned to run for Knesset under a new party named the Secular Right. Chareidi Jewry was happy to hear that, as long as he leaves the city of Teveria alone and lets the chareidim live there as they please.

There is another piece of good news here. Ron Kobi is targeting the secular right, which is the same base of votes that Avigdor Liberman is seeking. The two can fight and pick at each other’s feathers. Things even came to the point that Liberman accused Prime Minister Netanyahu this week of putting Kobi up as a straw candidate against him.

Ron Kobi might think that he has invented the wheel. But as in most things, he’s mistaken about this as well. The city of Teveria has witnessed battles for all that is holy for Am Yisrael throughout the generations, and only the determination of the Rabbanim and askanim who stood firm was able to diminish or totally annul devious plans to violate the fabric of Jewish tradition.

Teveria is longing to once again have a leader who kisses the hands of Rabbanim, and not someone who is seeking to banish Rabbanim from his city. Ron Kobi will soon become a piece of history, and the elders of Teveria will recount his antics to their grandchildren.