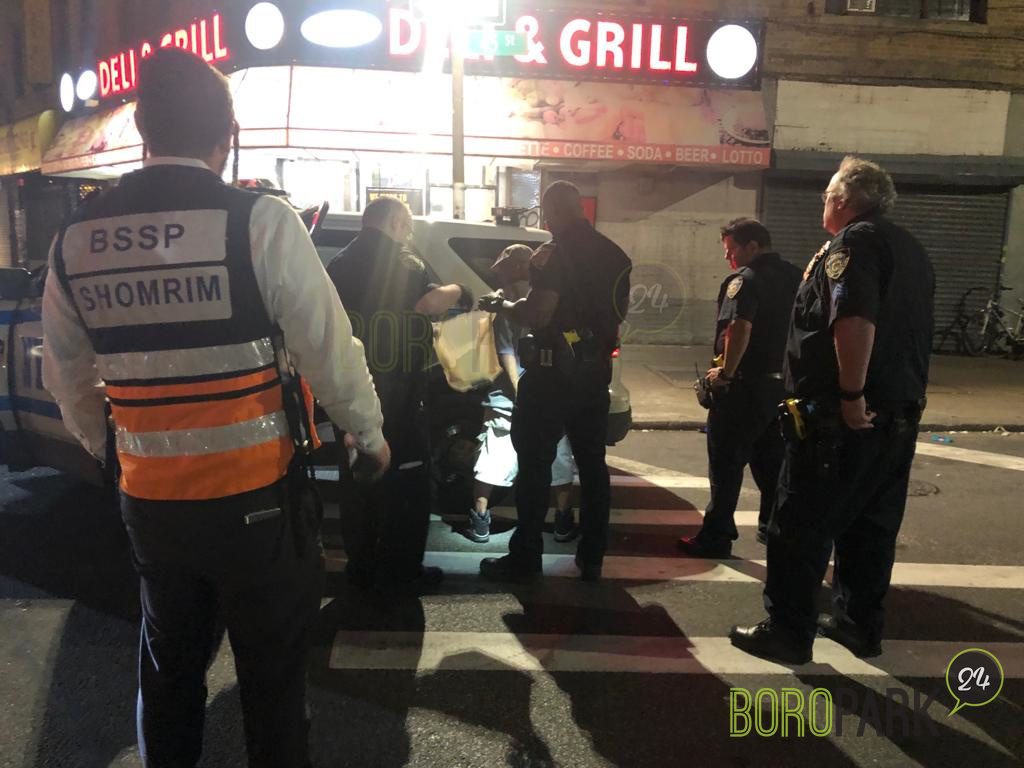 The second of four suspects was apprehended Sunday night after he was spotted by Shomrim volunteers out on patrol that matched him to a photo tweeted by NYPD Crime Stoppers.

Last Wednesday morning, a group of four suspects were walking in front of 4421 New Utrecht Ave. when they attacked two men, a 21-year-old and a 32-year-old, pushed them to the ground and began punching and kicking them violently. The four thugs then removed the wallets from the pockets of both men before fleeing on foot.

The first suspect was arrested over the weekend, and the second, who was arrested at New Utrecht Ave. and 44th Street, was the main of the four suspects wanted for the knife-point robbery.