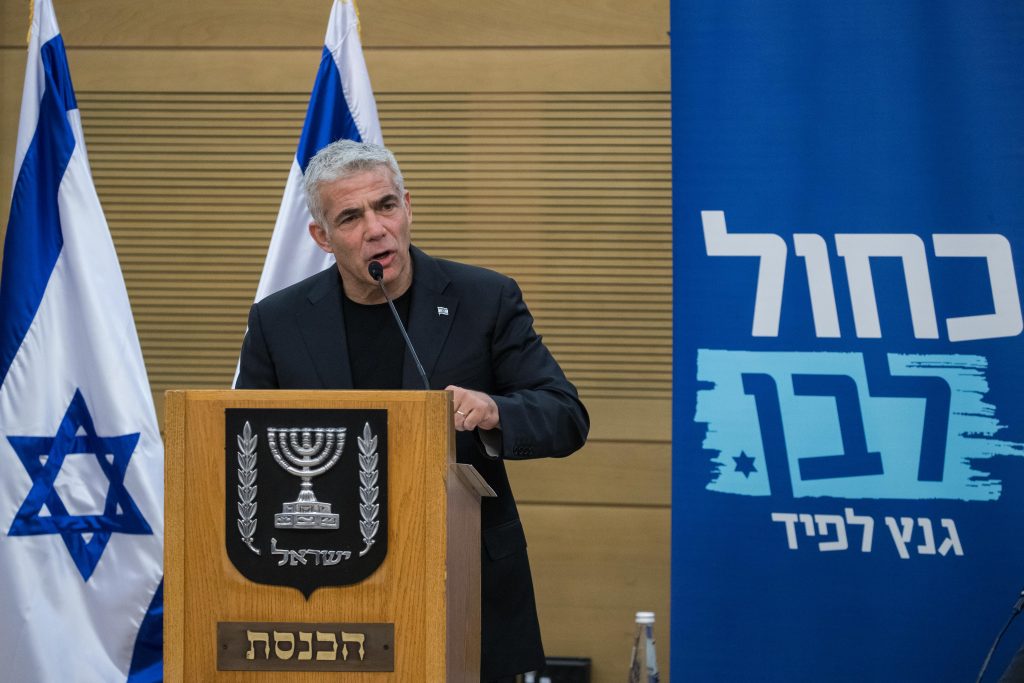 Blue and White MK Yair Lapid was named in a petition to the High Court on Monday accusing him of corruption crimes, according to Arutz Sheva.

The Lavi Association for Proper Administration asked the Court to order Attorney General Avichai Mandelblit and the state prosecutor to explain why they have not responded to the group’s demand to open a criminal investigation into Lapid on suspicion of bribery and other offenses.

Lavi charges that Lapid had conducted meetings with Yediot Ahronot newspaper publisher Arnon Mozes in 2014, when Lapid was Finance Minister, aimed at securing favorable coverage for him in return for his Yesh Atid party’s support for a law that would benefit the newspaper.

The said meetings were not recorded in Lapid’s official diary, as required, indicating a desire to keep them secret.