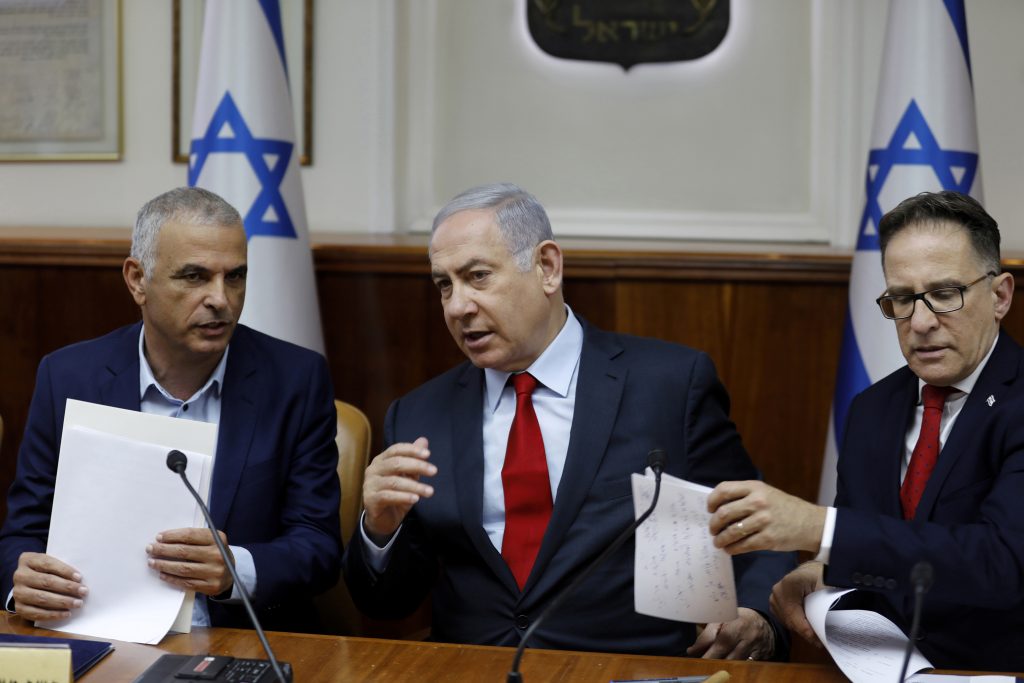 Despite protests by ministers, the government voted Monday to cut some one billion shekels from the current state budget. The cuts will reduce funding for nearly all ministries. The NIS 1.234 billion shekels taken away from the ministries will be used to fund security needs – to the tune of NIS 800 million – as well as to subsidize after-school programs, which will receive NIS 350 million. Another NIS 80 million was allocated to assist victims of the fire that nearly destroyed the town of Mevo Modi’in last month.

Speaking at the weekly Cabinet meeting Monday, Netanyahu said that the cuts were necessary. “NIS 800 million of the money will be invested in a national security project that we cannot stop,” said Netanyahu, without revealing the nature of the project publicly. “We also need to fund the after-school programs, as they are essential for working families. And we are obligated to help the people whose homes burned to the ground.” Finance Minister Moshe Kahlon, who supported the cuts, told ministers that “in recent years your budgets have risen, and I can prove it. We are doing what we can according to the law. Unfortunately, we have these unnecessary elections, which will cost us a great deal.”

Without the NIS 350 million allocation, the cost to parents for the after-school programs would have jumped by hundreds of shekels. After the budget cuts, Globes reported, the government will seek to increase taxes, including eliminating tax breaks on hybrid vehicles (currently worth a 30% credit on import and purchase tax), as well as requiring full or partial payment of Value Added sales Tax for online purchases, and implementing taxation on digital services, a move directed at companies like Google and Facebook, which today pay almost no taxes in Israel. The report said that tax officials were still working on the plan, in the hope that they would be able to “have the smallest impact possible on as few people as possible.”

Numerous ministers have voiced opposition to the cuts. Public Security Minister Gilad Erdan said that “cutting our budget will bring an end to efforts to increase law enforcement in the Arab sector, and halt a program to build new police stations in Arab towns. It will also affect our efforts to ensure security in Yerushalayim.” Deputy Health Minister Rabbi Yaakov Litzman said that the cuts were “an immediate danger to the welfare of the sick.” Welfare Minister Chaim Katz had previously said he would vote against any budget cuts, saying that they would “further weaken the poorest sectors.” In the end, no ministers voted against the cuts.

State Attorney Avichai Mandelblit had approved the budget cuts. Mandelblit’s approval was necessary to ensure that the cuts hold up in court – because according to the Basic Law on Government, a caretaker government such as the one Netanyahu now leads is not empowered to add or subtract from the current state budget. Mandelblit said in his decision that the current budget deficit, which is “serious,” justifies the action by a caretaker government.