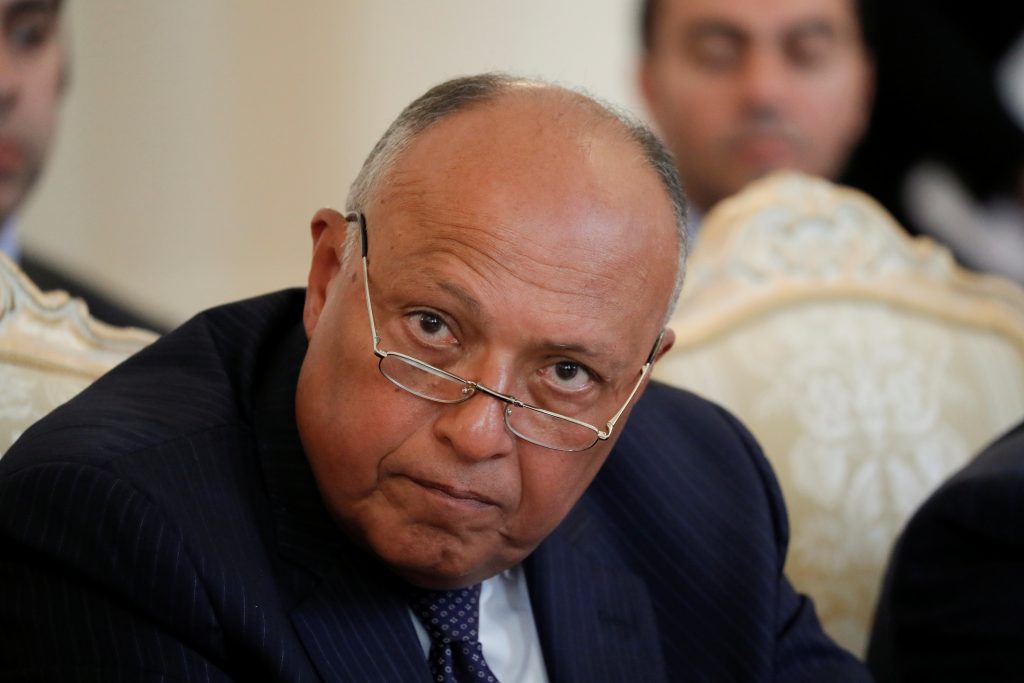 Egypt’s government said that it will take part in the Trump administration’s Israeli-Palestinian peace conference in Bahrain, where the White House will reveal the economic portion of its plan for Mideast peace.

The state-run news agency quoted Foreign Ministry spokesman Ahmed Hafez as saying that the Egyptian delegation will be led by a deputy finance minister.

Hafez said Egypt aims at “watching and evaluating” ideas that will be presented at the workshop Tuesday and Wednesday. He said Egypt supports the two-state political solution, with eastern Yerushalayim as the capital of a Palestinian state and Israel withdrawing to the borders of June 4, 1967.

Egypt’s foreign minister, Sameh Shoukry, stipulated in an interview with Russia Today that “the final decision is for the Palestinian Authority.”

An Egyptian diplomatic official said the government made its final decision on attending the gathering around three weeks ago after intensive communications between the Trump administration and Egyptian President Abdel-Fattah el-Sissi. He said a couple of Egyptian businessmen who have ties with Israel would attend the workshop “as individuals.” The official insisted on not being quoted by name because he was not authorized to talk to reporters.