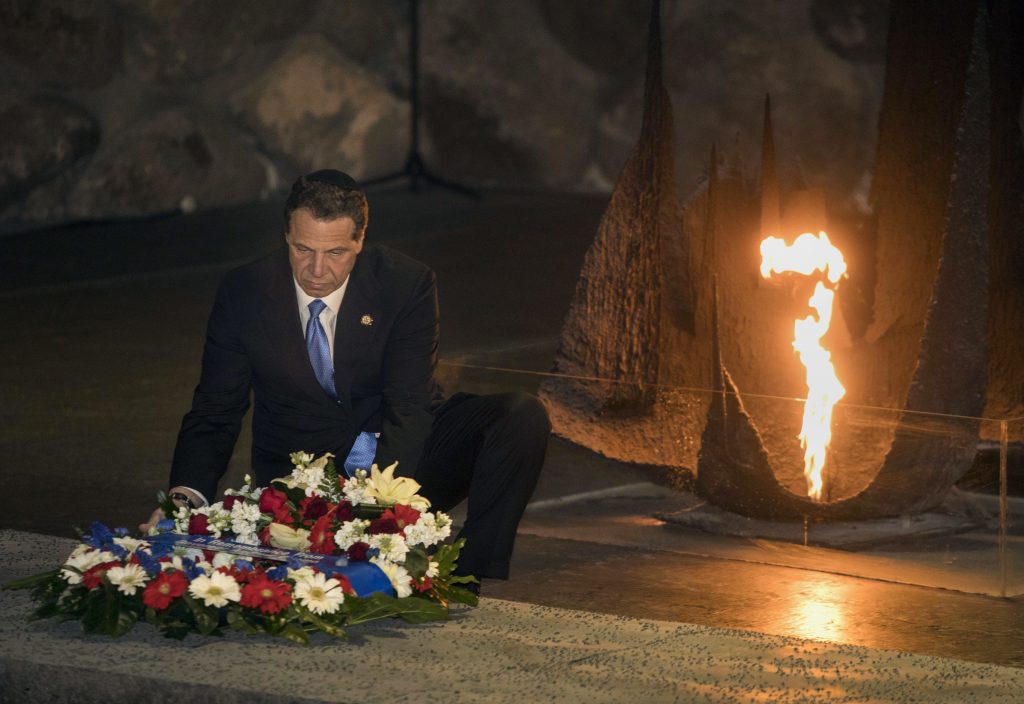 New York Governor Andrew M. Cuomo announced a two-day trade mission to Israel this week, which he said was also in show of solidarity in the front against anti-Semitism.

The governor said that drone technology and a navigation system for the MTA trains were high on the agenda.

“I still don’t understand why you have cars that can drive themselves but we can’t figure out how to have a train that can’t hit the train in front of it. And getting those new tech companies to actually see the economic potential for them in an MTA contract. The MTA is spending billions of dollars on a navigation system, we’re not asking for charity, we’re just saying here’s a business opportunity you may not have thought of. So, that’s the first point,” he said in an interview on WAMC Northeast Public Radio.

“And second yes, I’m very close and New Yorkers are very close to Israel. There has been a rash of anti-Semitism all across this country – the synagogue shootings, etc. We’ve had it in this state, all across this state, and it’s repugnant to what New Yorkers believe and feel. I hope there is a message of solidarity and partnership in my trip to Israel and I hope the Jewish community here is confident in this state’s position vis-à-vis Israel.”

When asked if he had any misgivings about talking to Israeli Prime Minister Binyamin Netanyahu, Gov. Cuomo replied: “No, he’s a close ally of the president and I think he’s working with this president for his own interests. They may have a coincidence of interests. But look, you have political differences and we can sit here and say we politically differ with Israel’s policies on whatever issue. But how does that transfer into hate and anti-Semitism? I understand we have an overheated political environment in this country, but we also have a constitution and legacy of accepting and living together and accepting diversity. The Jewish community is a central part of the State of New York. So, you want to have a political difference with Israel, be my guest, but you have no right to turn that into anti-Semitism.”

The governor is scheduled to depart for Israel on Wednesday, arriving on Thursday, and returning to New York in the evening on Friday.