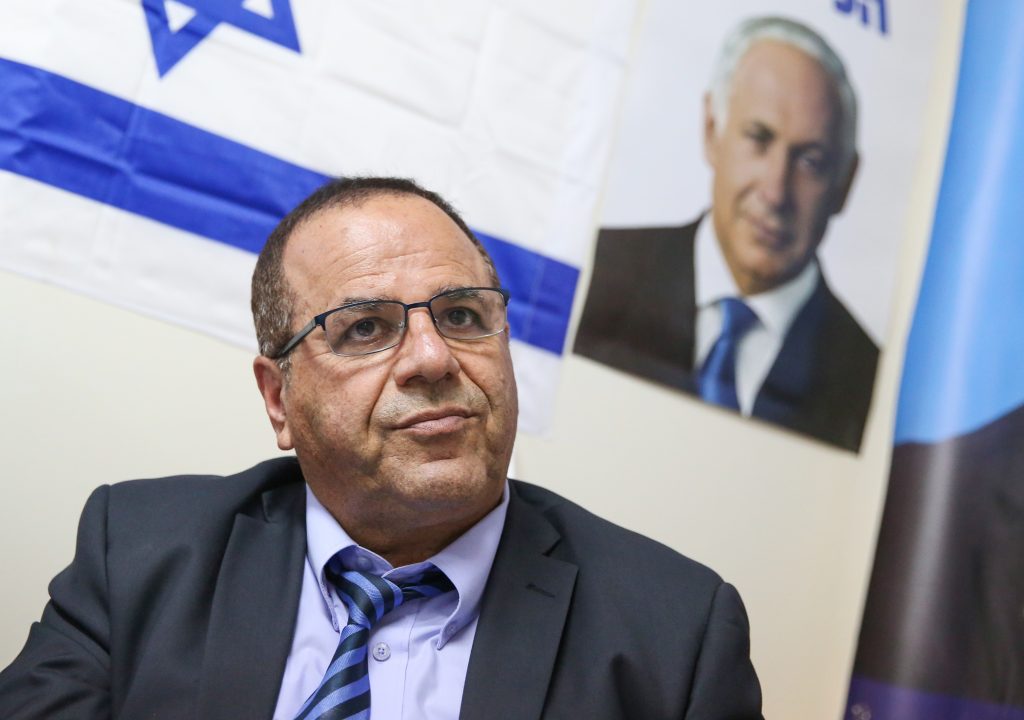 Communications Minister Ayoub Kara resigned his post and his candidacy for ambassador to Egypt, angrily lashing out at the Likud party for conducting a witch hunt against him and at Prime Minister Binyamin Netanyahu for failing to defend him against critics.

“It is time to tell the Israeli people the truth,” Kara wrote in his resignation letter, which was made public. “Since my appointment as communications minister, a smear campaign driven by prejudice began against me and every success turned into a failure.

“The Likud leadership acted to weaken me and remove me from the movement’s centers of power, and even barred me from running [in the primaries] as a representative of minorities, something that hasn’t been done to any public official in the history of the State of Israel,” Kara, a member of the Druze community, charged.

“To stop this witch hunt and to keep serving the state, I am not quitting my public career, but I am going to war to clear my name,” he said.

Kara’s resignation was announced just hours after he withdrew his candidacy for Israeli envoy to Cairo. The candidacy had come under repeated attacks from current and former Israeli diplomats in response to reports that Netanyahu was considering him for the job.

The critics asserted that he was unfit for such a sensitive mission, in light of a number of diplomatic gaffes committed by Kara in recent years, among them his posing in 2017 for a photo with the prime minister of the breakaway Sahrawi Republic of southern Morocco, which drew a rare official complaint from Rabat. They urged PM Netanyahu to appoint Amira Oron instead, a professional diplomat currently serving in Egypt.

Kara dismissed his and other complaints as “slander” and “political games.”

Taking aim at the prime minister, whom he often defended against his critics, Kara said: “I was Netanyahu’s shield, for months now I am being deceived using all sorts of tricks to embarrass me and drive me out. I have a problem with leaders who don’t know how to protect their people.”

Kara’s resignation takes effect on Wednesday, and Meretz chairperson Tamar Zandberg said she would ask Attorney General Avichai Mandelblit to make sure that Netanyahu appoints a new communications minister immediately, rather than take over the portfolio himself.

Netanyahu was communications minister when he committed actions that are the center of a case in which Mandelblit has announced bribery charges against him, pending a hearing. Netanyahu denies any wrongdoing in that case, as well as in two other pending corruption cases. One of the corruption cases currently pending against him involves incidents dating to the period when he served as communications minister.