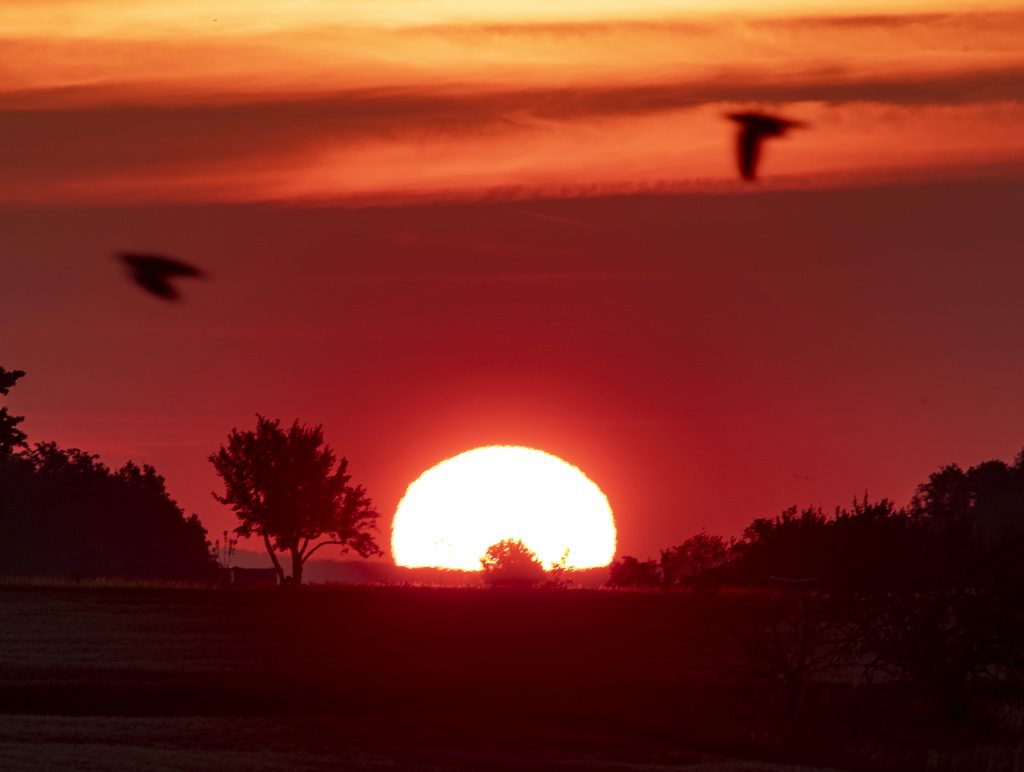 The sunset had an orange glow and so does the new heat alert level for Paris.

More than half of France, including around Paris, was placed on an orange alert for intense heat Monday — the second-highest level on the scale — as very hot temperatures were predicted across continental Europe this week.

The national weather agency Meteo France said the heat wave beginning Monday is expected to last all week with temperatures of up to 40 degrees Celsius (104 degrees Fahrenheit) across the country, just as the summer tourist season shifts into high gear. The peak is expected Thursday.

In Paris, charity organizations were patrolling the streets to provide water to homeless people and local authorities organized air-conditioned places where the public can seek shelter.

French Education Minister Jean-Michel Blanquer, deciding it was too hot to study, ordered national exams by students heading to high school postponed from Thursday and Friday to next week.

Meteorologists say the heat wave is caused by hot winds coming from the Sahara Desert.

The alert system was introduced in France following the summer of 2003, which saw an estimated 15,000 heat-related deaths, many of them older people left in city apartments and retirement homes that were not air-conditioned.

French Health Minister Agnes Buzyn said Monday that “everything is ready, in retirement homes, in hospitals, in transports.”

“Yet when people are fragile, even when everything is organized, there’s always a higher mortality rate,” she warned.

Similar heat is also expected in Belgium, Switzerland and Germany.

In Germany, temperatures above 40 degrees C are possible in some places on Wednesday, topping the country’s previous June record of 38.2 degrees Celsius (nearly 100.8 degrees Fahrenheit) set in Frankfurt in 1947.

Rescue services urged people to look out for young children, the elderly and those with compromised immune systems who are at particular risk in high temperatures.

Parts of northeastern Germany are also at high risk for forest fires. Authorities in the eastern state of Brandeburg, which circles Berlin, say the risk of forest fires is at the highest level in the coming days.

Stefan Rahmstorf of the Potsdam Institute for Climate Impact Research said, “Monthly heat records all over the globe occur five times as often today as they would in a stable climate.

“This increase in heat extremes is just as predicted by climate science as a consequence of global warming caused by the increasing greenhouse gases from burning coal, oil and gas,” he added.

“Data analysis shows that the normally eastward travelling summer circulation of the Northern Hemisphere mid-latitudes has slowed down, including the Jet Stream,” he said. “This favors the buildup of hot and dry conditions over the continent, sometimes turning a few sunny days into dangerous heat waves.”