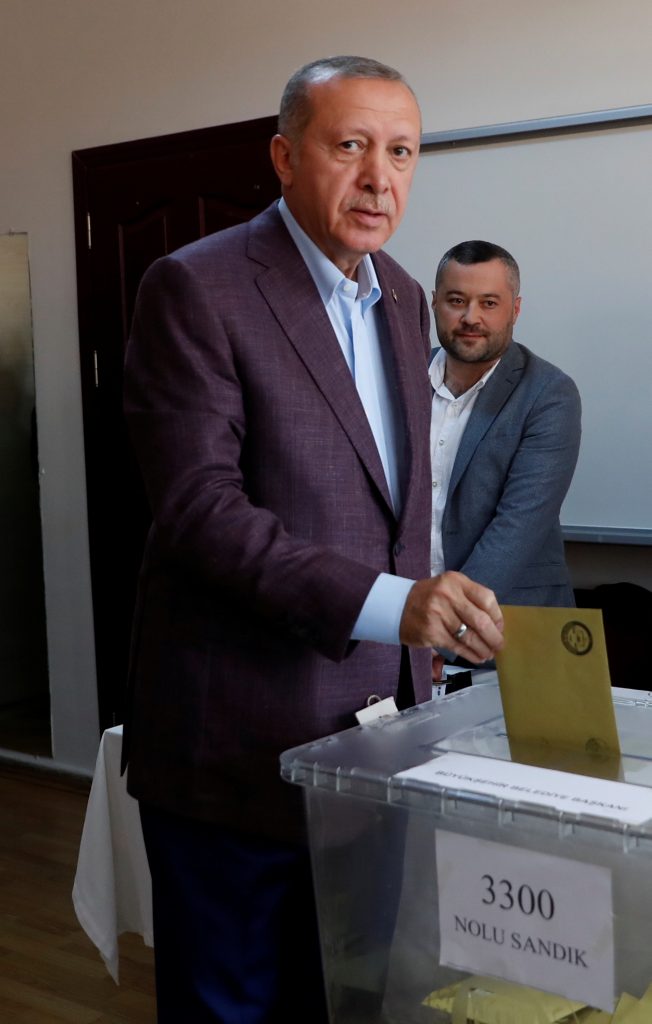 Voters in Istanbul returned to the polls Sunday for a re-run mayoral election ordered up by authorities after President Recep Tayyip Erdogan and his political allies lost control of Turkey’s largest city for the first time in 25 years.

In Turkey’s March 31 local vote, Istanbul mayoral opposition candidate Ekrem Imamoglu narrowly beat the ruling party’s candidate, dealing a blow to Erdogan’s powerful Islamist-rooted party. Imamoglu served as mayor for nearly three weeks before Turkey’s electoral board threw out the results and ordered a rerun as requested by the government, on the grounds that some officials overseeing the vote were not civil servants as required by law.

The decision has raised questions about Turkey’s democratic process and whether Erdogan’s ruling party, in power since 2002, would be willing to accept an electoral defeat. Erdogan launched his career as Istanbul’s mayor in 1994.

The city of 15 million residents draws millions of tourists each year and is Turkey’s commercial and cultural hub. Straddling Europe and Asia, Istanbul accounted for 31% of Turkey’s GDP in 2017, and the city government and its subsidiaries had a total budget of $8.8 billion last year.

In a hard-fought campaign, the 49-year-old Imamoglu has focused on urban poverty after the country slid into recession. He has also taken aim at what he alleged is the Turkish government’s cronyism and use of public contracts to enrich Justice and Development Party backers. Erdogan’s government has denied the allegations.

The ruling party candidate, 63-year-old former Turkish Prime Minister Binali Yildirim, has struggled to explain the need for a repeat election. He has promised to build on the government’s achievements in improving Istanbul’s infrastructure and services.

Even though Erdogan was not on Sunday’s ballot, analysts said the vote was a political test for him.

“A second loss would constitute a major humiliation for Erdogan and could incite some of (his party’s) old guard to come out with a new political offering,” said Wolf Piccoli of the New York-based risk analysis firm Teneo Intelligence.

“Imamoglu is the first politician in almost 20 years who could become a credible challenger to Erdogan,” Piccoli added.

The opposition Republican People’s Party, CHP, and Erdogan’s Justice and Development Party, AKP, have sponsored lavish campaigns in Istanbul, with the faces of the two rival candidates posted all over the city. Daily election rallies have had a party atmosphere.

But on Sunday strict election rules banned the sale of alcohol in Istanbul as well as coverage of the election by local media until after the voting ends.