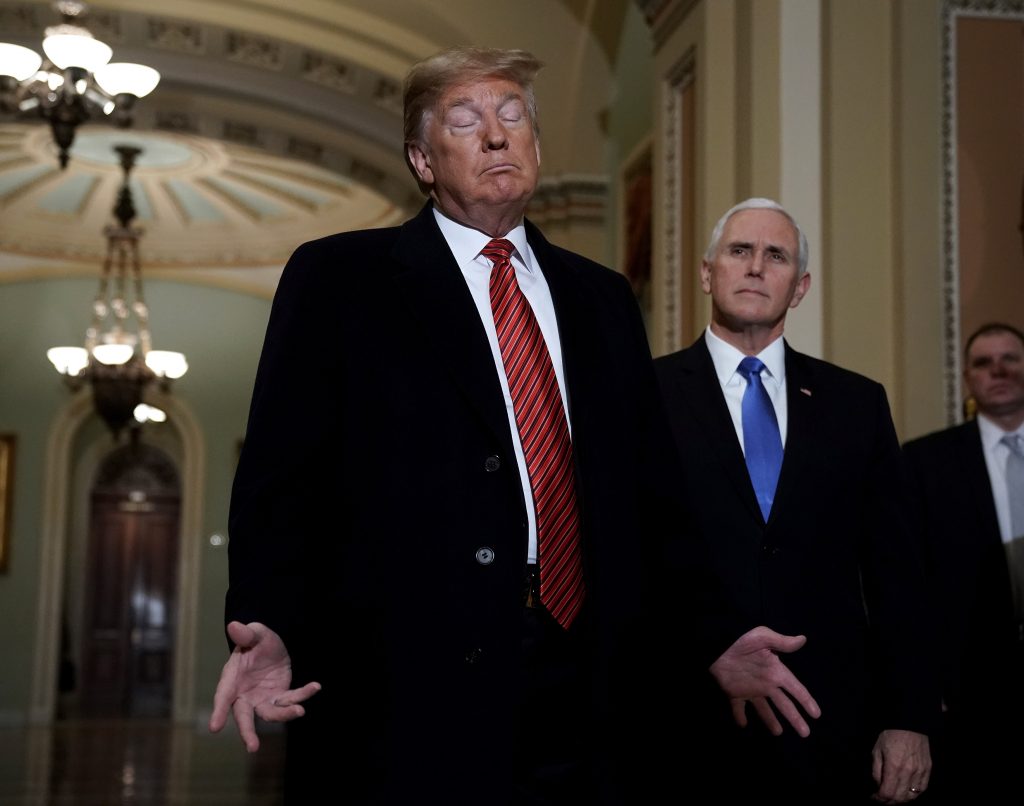 President Donald Trump says he hesitated to back a possible 2024 presidential run by Vice President Mike Pence because he was caught off guard by the question. Given a chance at a do-over, however, Trump still did not endorse his loyal lieutenant.

“You can’t put me in that position,” President Trump said on June 14 when a host of Fox News asked him about endorsing Pence should the vice president seek to succeed Trump in 2024. Pence hasn’t explicitly said he’ll run in 2024, but is widely expected to.

Offered a chance to explain, Trump told NBC News he hesitated “because it was a surprise question.”

“I’m not even thinking of it. It’s so far out. I mean, it’s so far out,” Trump told “Meet the Press” in a wide-ranging interview taped Friday and broadcast Sunday. “Now what happens in 2024? I don’t know that Mike is going to run. I don’t know who’s running or anything else.”

Also in the interview, Trump criticized Fed chairman Jerome Powell and said his biggest mistake was choosing Jeff Sessions to be attorney general.

For his part, Pence glossed over the flap Trump’s comments caused, telling CNN on Sunday that Trump’s comment reflected “the fact that the only election he and I are focused on is 2020.” Trump formally announced his 2020 reelection bid last week with Pence at his side.

In the NBC interview, President Trump lashed out at Powell over past interest rate hikes and denied threatening to demote him to the Fed’s No. 2 job.

The Federal Reserve voted last week to leave its key interest rate unchanged, but the independent agency also signaled that it is prepared to begin cutting rates to protect the U.S. economy from trade conflicts and other threats.

Trump did not answer directly last week when he was questioned about news reports that the White House in February had explored whether Trump had the authority to demote Powell. Trump denied to NBC that such a threat has been issued.

“I have the right to do that. But I haven’t said that,” the president said.

Trump has previously explored firing Powell, who, by law, can only be fired for cause.