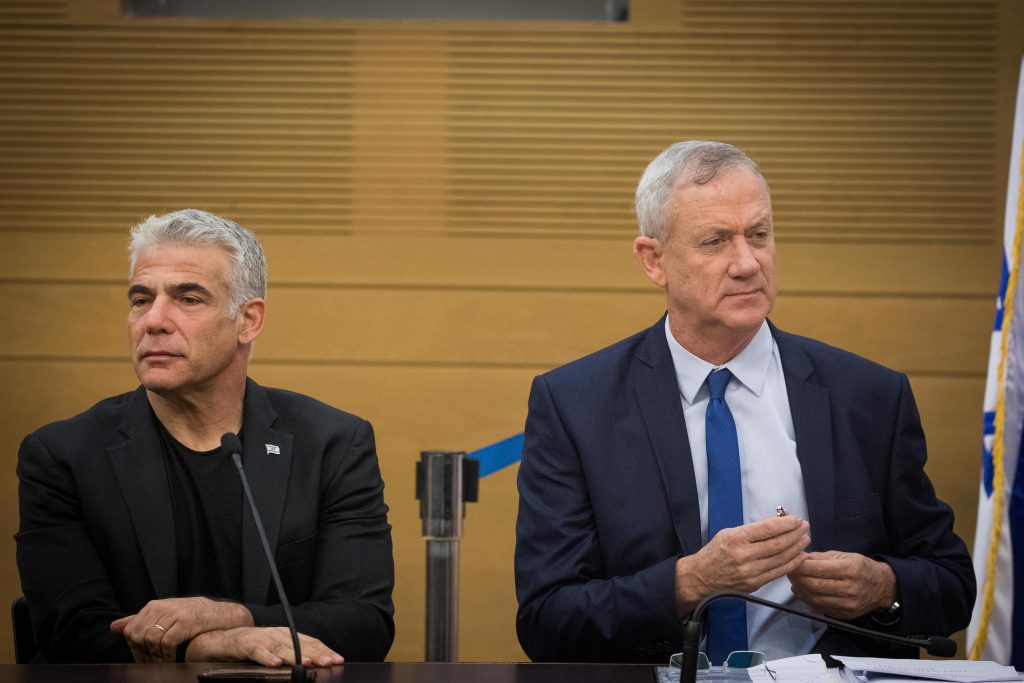 Senior officials in the Likud and Blue and White parties have been exploring the possibility of calling off the September election rerun.

This could be accomplished by a vote of two-thirds of the Knesset, 80 out of 120 MKs, to cancel the dissolution of the Knesset, which necessitated new elections, voted on after Israeli Prime Minister Binyamin Netanyahu failed to meet the deadline to form a governing coalition, according to journalist Amit Segal of Channel 12.

At that point, Likud and Blue and White would negotiate to form a unity government, thereby solving the problem of securing a majority for a coalition, since the two parties together would have a comfortable majority.

It was said that a unity government had already been discussed as a way to avert an election rerun, but that Blue and White’s No. 2, Yair Lapid, had refused the prospect of sitting with PM Netanyahu. But the party’s No. 1, Benny Gantz, and others in the party were receptive to the idea, and reportedly still are.

However, the two-thirds majority for reconvening the Knesset may prove to be an insurmountable obstacle, and they are still at least six short, according to reports.

Meanwhile, Netanyahu and Gantz have taken no direct part in the discussions.

The Blue and White released a statement on Sunday which virtually precluded such a scenario, saying: “There is only one possibility to avert the elections: for Netanyahu to depart to take care of his legal matters, and Blue and White will lead a broad-based government.”