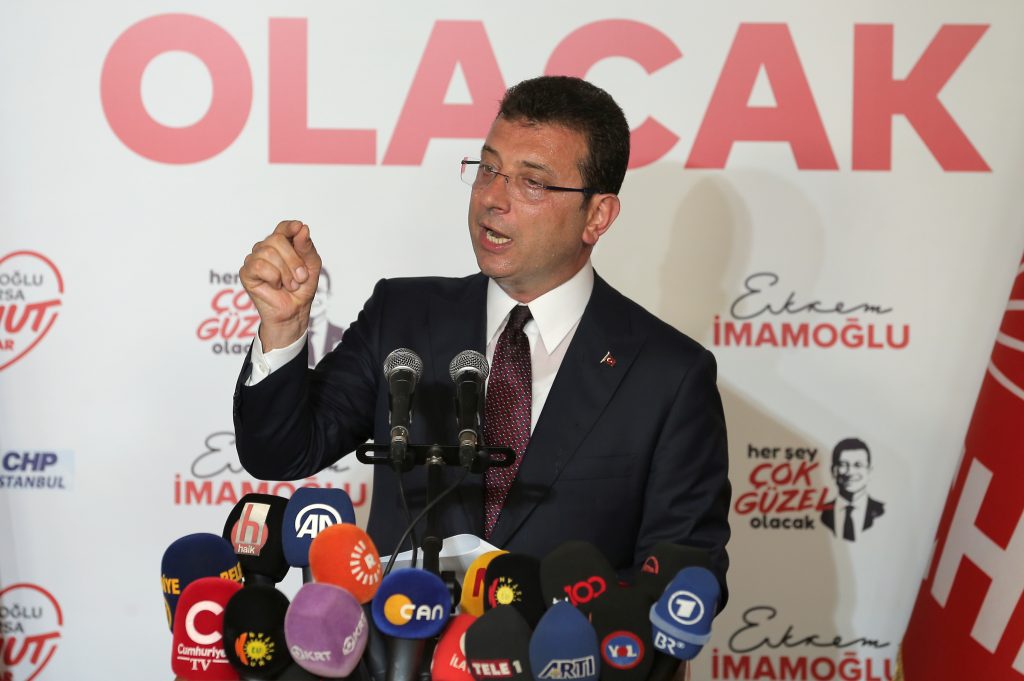 In a blow to Turkish President Recep Tayyip Erdoğan, an opposition candidate declared victory in the Istanbul mayor’s race for a second time Sunday after the government-backed candidate conceded defeat in a high-stakes repeat election.

“Thank you, Istanbul,” former businessman Ekrem İmamoğlu, 49, said to jubilant supporters after unofficial results showed he won a clear majority of the vote.

The outcome means Turkey’s largest city won’t be governed by Erdogan’s party or its predecessor for the first time in 25 years.

İmamoğlu had narrowly won a previous mayoral election on March 31, but Erdogan’s Justice and Development Party challenged the vote. Turkey’s electoral board annulled the results after he had served 18 days in office and weeks of partial recounts.

“You have protected the reputation of democracy in Turkey with the whole world watching,” İmamoğlu, his voice hoarse after weeks of campaigning, told supporters.

Erdoğan campaigned for Yildirim in Istanbul, where the president started his political career as mayor in the mid-1990s.

Erdoğan’s party, AKP, also lost control of the capital city of Ankara in Turkey’s March local elections, which were held after the country slid into recession.

The voided vote in Istanbul had raised concerns domestically and abroad about the state of Turkish democracy and whether Erdoğan’s party, which has been in control of the Turkish government since 2002, would accept any electoral loss.

Istanbul, a city of 15 million, draws millions of tourists each year and is Turkey’s commercial and cultural hub. Straddling Europe and Asia, Istanbul accounted for 31% of Turkey’s GDP in 2017.