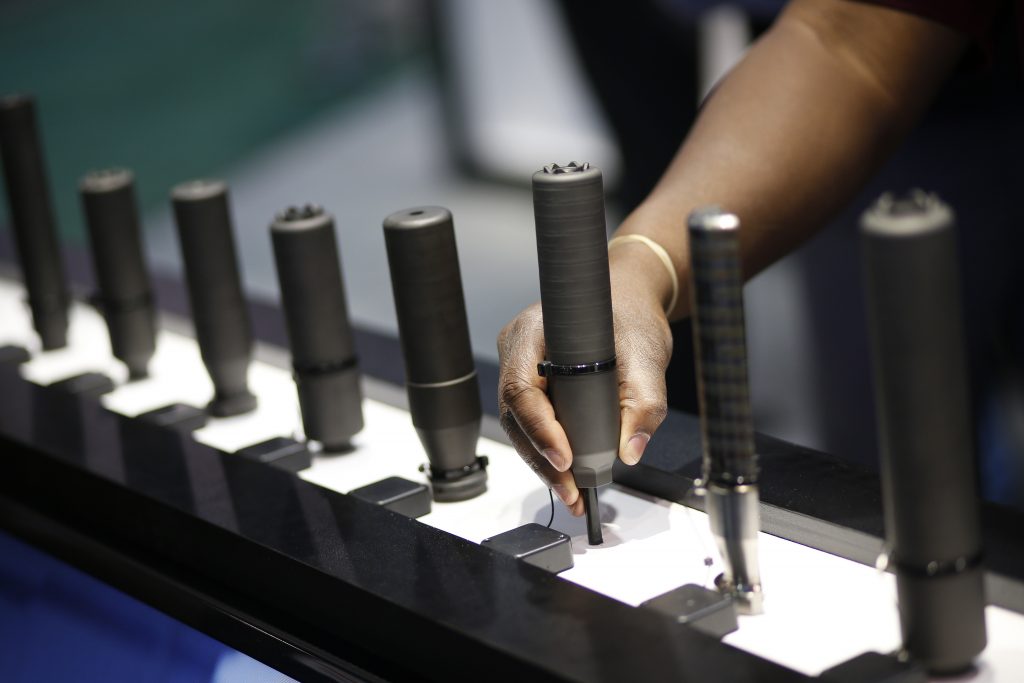 Gun silencers like the one used in a recent lethal shooting in Virginia Beach would be banned under legislation that U.S. Sen. Bob Menendez of New Jersey introduced Friday.

The Democrat unveiled the legislation at a news conference in Trenton alongside Democratic Trenton Mayor Reed Gusciora and representatives from the gun-control group Moms Demand Action.

“I’m not saying that any single piece of legislation can stop every single tragedy, but there’s no question that gun safety laws can save lives,” Menendez said.

New Jersey already bans silencers, but they’re lawful in many other states, including neighboring Pennsylvania. The new measure would open a 90-day buyback window for the estimated 1.5 million registered silencers.

Federal law requires their registration, as well as a $200 tax.

The buyback would be financed by federal grants, Menendez said. The measure would also include some exceptions for current and former law enforcement personnel.

The inspiration for the proposal came after last month’s fatal shooting in Virginia Beach, Menendez said.

A House version of the bill was being introduced by U.S. Rep. Bonnie Watson Coleman, a New Jersey Democrat, Menendez said. Other measures involving silencers are also being introduced.

Virginia Democratic Rep. Jennifer Wexton introduced a measure Friday that would allow the chief law enforcement officers in jurisdictions where a silencer is registered to approve or deny the sale or transfer of silencers.

Menendez compared the sound a silenced gun makes to a nail gun and argued that the sound of gunfire serves as a warning to people in mass-shooting situations.

The National Rifle Association has criticized this comparison and said that the decibel level of silenced gun is much louder than a nail gun. A message seeking a response to the legislation was left with the NRA.

The measure comes after the Democrat-led House this year passed a pair of measures bolstering background checks on firearms purchases. Those measures haven’t gained traction in the GOP-led Senate.