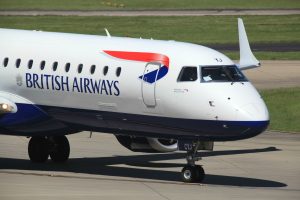 A group of 18 British youths were removed from a British Airways flight from Israel to London after one of them them threatened to blow up the aircraft, the Airport Authority said Sunday.

In response to the threat, the captain refused to take off with the group on board and informed British Airways of the incident.

A security team was dispatched to the scene and the youths were escorted off the plane, which took off for London a short while thereafter.