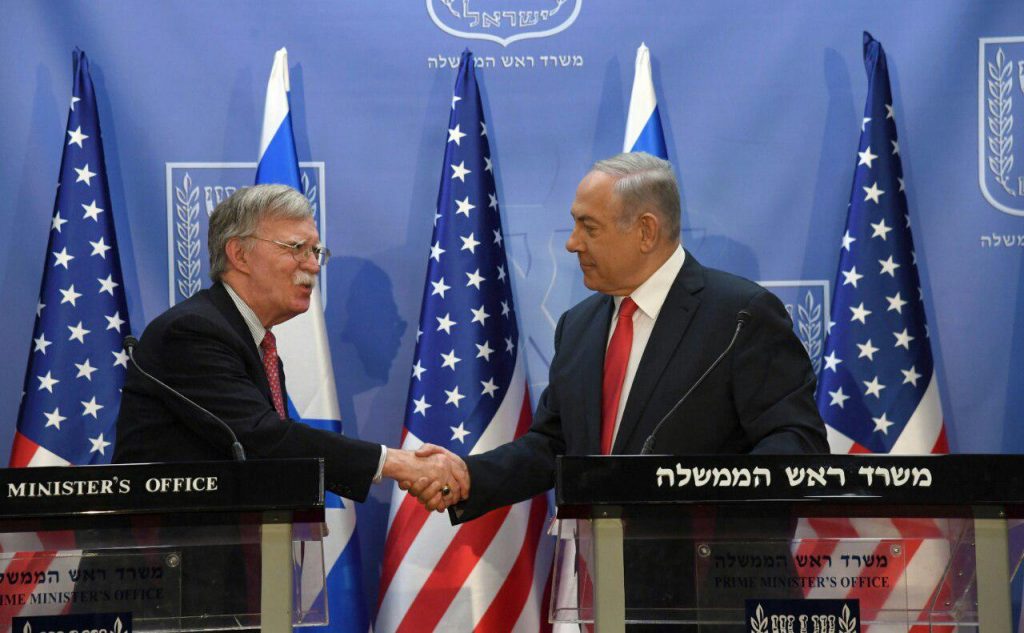 U.S. National Security Adviser John Bolton said Sunday that Iran should not “mistake U.S. prudence and discretion for weakness,” after the U.S. abruptly called off military strikes against Iran in response to the shooting down of an unmanned American surveillance drone.

Bolton’s tough message seemed to be aimed not only at Tehran, but also at reassuring key U.S. allies that the White House remains committed to maintaining pressure on Iran. Israel, along with Arab countries in the Gulf, considers Iran to be their greatest threat, and Trump’s last-minute about face appears to have raised questions about U.S. willingness to use force against the Islamic Republic.

The downing of the aircraft on Thursday marked a new high in the rising tensions between the United States and Iran in the Persian Gulf. The Trump administration has vowed to combine a “maximum pressure” campaign of economic sanctions with a buildup of American forces in the region, following the U.S. withdrawal from the 2015 nuclear deal between Iran and world powers.

President Donald Trump says he backed away from the planned strikes after learning 150 people would be killed. But Bolton, a longtime Iran hawk, emphasized that the U.S. reserved the right to attack at a later point. He also said a new set of sanctions on Iran are expected to be announced Monday.

“No one has granted them a hunting license in the Middle East. As President Trump said on Friday our military is rebuilt, new and ready to go,” Bolton said in Yerushalayim alongside Prime Minister Binyamin Netanyahu, himself a vocal critic of Iran over the years.

“And as he made clear yesterday, referring to his earlier remarks, the president said, ‘I just stopped the strike from going forward at this time,'” Bolton added.

Bolton is visiting Israel for three-way talks with his Israeli and Russian counterparts that are expected to focus on Iranian involvement in conflicts across the region, including in neighboring Syria.

Israel’s prime minister has been a vocal critic of Iran over the years, accusing the Islamic Republic of sinister intentions at every opportunity.

Standing alongside Bolton, Netanyahu sided with the Americans. He said Iranian involvement in conflicts across the region had increased as a result of the nuclear deal, which gave the country a new cash infusion, and had nothing to do with the U.S. exit from the agreement.

“After the deal, but before recent events, Iran has been on a campaign of aggression,” he said. “Those who describe the recent actions as somehow opening a hornet’s nest are living on another planet.”

Netanyahu said he was “pleased” by U.S. plans for increased economic pressure.