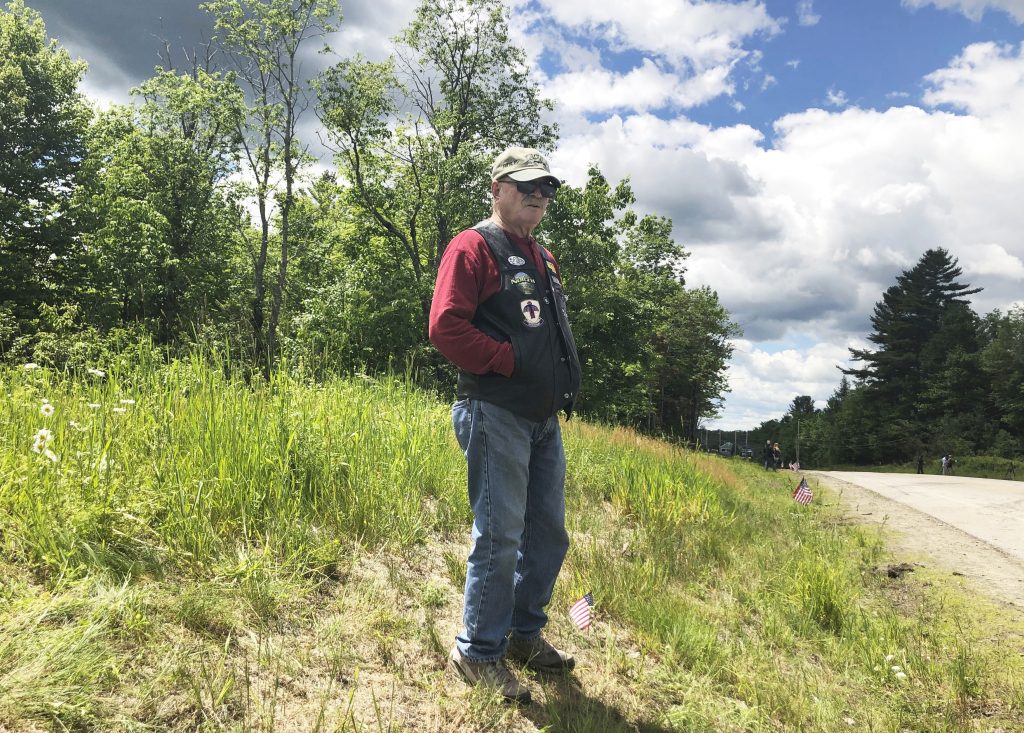 A long-planned ceremony for motorcycle enthusiasts became a grief-filled memorial Sunday as hundreds converged to mourn seven bikers killed in a devastating crash with a pickup truck.

About 400 motorcyclists gathered Sunday in Columbia, New Hampshire, for the ceremony — which is periodically held, but had special meaning for the motorcycle community in wake of the crash, which authorities say involved members of the Marine JarHeads, a motorcycle club that includes Marines and their spouses.

“When they fall, we all fall,” said Laura Cardinal, Vice President of the Manchester Motorcycle Club, adding that fellow bikers will support the families of those who died. “Those families, they’re going to go through a lot now. They have a new world ahead of them.”

Authorities said they might begin identifying victims by name as soon as Sunday.

A pickup truck towing a flatbed trailer collided with the group of 10 motorcycles around 6:30 p.m. Friday on U.S. 2, a two-lane highway in Randolph, New Hampshire, a tiny North Woods community. The pickup truck caught fire, and witnesses described a “devastating” scene as bystanders tried to help the injured amid shattered motorcycles.

The tragedy left the close-knit motorcycle community in shock, with many remembering their own close calls on the road.

“Seven people. C’mon. It’s senseless,” said Bill Brown, a 73-year-old Vietnam War veteran and motorcyclist, who visited the accident scene on Saturday to put down flags. “Somebody made a mistake, and it turned out to be pretty deadly.”

This weekend’s long-planned ceremony took place an hour to the north of the accident. Meanwhile, members of the motorcycle community had already begun organizing help for the victims’ families, said Cat Wilson, who organizes a motorcycle charity event in Massachusetts and is a friend of some of the crash victims.

Investigators on Saturday identified the pickup driver as Volodoymyr Zhukovskyy, 23, an employee of Westfield Transport, a company in Springfield, Massachusetts.

Zhukovskyy survived the accident, did not need to be hospitalized and has not been charged, authorities said, but they didn’t address details on his whereabouts. A phone listing for him couldn’t be found.

Dartanyan Gasanov, the owner of Westfield Transport, told The Boston Globe that he planned to talk to investigators Monday and has been unable to reach Zhukovskyy, who has not been answering phone calls.

The National Transportation Safety Board is among the agencies investigating. Authorities asked for the public’s help in the form of videos, photos or other information about the accident or the vehicles involved.

“This is one of the worst tragic incidents that we have investigated here in the state,” New Hampshire State Police Col. Chris Wagner said Saturday. “It’s going to be a very lengthy investigation.”

Along with the seven dead, state police said three people were taken to hospitals. Two of them were released Saturday.