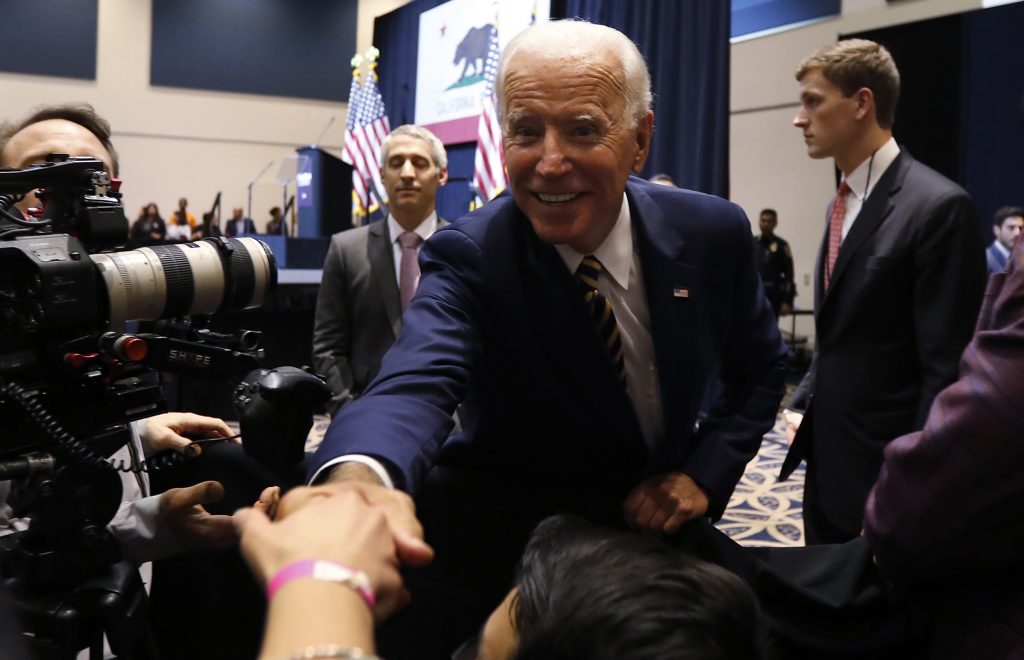 Joe Biden has enjoyed front-runner status since joining the presidential race, but now he is encountering the same pitfalls as other ambitious senators who have found that their experience and record can be a liability.

His struggles to defend his remarks this week about finding common ground with two segregationists is an early sign of the trouble he could have explaining a complicated voting record and his nostalgia for the cloakroom collegiality that has steadily diminished since he first was elected in 1972.

The former six-term Delaware senator’s comments set off a wave of criticism from fellow Democrats — including two black Democratic rivals, Kamala Harris and Cory Booker — that is showing no signs of abating. His refusal to apologize was just the latest instance in which his decades on Capitol Hill and his reluctance to concede any mistakes have collided to create problems for his 2020 campaign.

“I think what’s going on here is he believes fundamentally he’s coming from a good place. The problem he’s having is refusing to acknowledge that things have changed not only in just the Senate but in society as a whole,” said Jim Manley, a former aide to Democratic Sens. Harry Reid, Ted Kennedy and George Mitchell, and who’s known Biden for decades. “Until that changes, he’s going to continue to have these problems.”

Biden has also faced widespread criticism within his party for his confident assertions that he’d be able to make deals with Senate Majority Leader Mitch McConnell and other Republicans. And his record is full of landmines that could detonate in the Democratic primary or in a general election against President Donald Trump.

“The vice president has no problem talking about his record as a senator in the United States Senate, but we’re looking forward,” Biden senior adviser Symone Sanders said Thursday on CNN.

Biden is a creature of the old Senate, a clubby institution of backslapping, backroom deal-making where senators called each other “my friend” and for whom working across the aisle was a virtue, but often led to messy compromises. Those relationships at times aided President Barack Obama, who would give his vice president the job of chatting up Republican senators, though Biden sometimes came under fire from liberal lawmakers for being too quick to agree to Republican demands.

The flare-up over comments Biden made at a fundraiser suggests that his rueful fondness for the Senate as it worked when he first arrived there in 1973, could be problematic for him.

The trouble began Tuesday, when Biden told donors at the fundraiser that Democratic Sen. James Eastland of Mississippi, a segregationist, “never called me boy, he always called me son.” Another segregationist, Sen. Herman Talmadge, a Democrat from Georgia, he added, was “one of the meanest guys I ever knew, you go down the list of all these guys” but “at least there was some civility.”

He’s since tried to clarify what he said, explaining that while he disagreed with the Southern Democrats’ views on race, he was able to be civil with them and many others with whom he shared little common ground on policy. But he’s also been unwilling to heed Booker’s call for an apology for using the “boy” language or to admit that an example elevating two segregationists was tone-deaf coming just as the House held a hearing on reparations for slavery.

Biden’s discussion of the segregationists has also prompted reporters and critics to dredge up his opposition to the busing of children to help achieve racial integration in schools, a position that put him on the other side of the issue from civil rights leaders.

Biden is far from the only sitting or former senator to find that their time in the world’s greatest deliberative body did not serve them well when seeking the presidency. Obama was the first to go directly from the Senate to the Oval Office since John F. Kennedy half a century earlier and benefited from being on Capitol Hill for just two years before he began his 2008 presidential campaign.

Hillary Clinton’s Iraq war vote hurt her as she and Obama went head-to-head in the final months of that race, and Bob Dole, a Kansas Republican and Senate majority leader, resigned in 1996 so he could focus on his campaign against President Bill Clinton.

The seven sitting senators also running for president may hit some of the same obstacles around their records, though they’ve all been in the chamber for significantly less time than Biden was. Vermont’s Bernie Sanders has been on Capitol Hill since 1997, but he’s only been in the Senate since 2007. Minnesota’s Amy Klobuchar took office the same year and the other five have all been there for less time, hewing more closely to the model set by Obama.

“They’re more willing to shake things up and not be at the mercy of some of these norms and protocols of an institution that is really stacked against our side,” he said. “What’s going to be required for the next president to be successful is going to be a willingness to not be a slave to the customs and niceties of the Senate, which is not working for us.”

Biden, like Hillary Clinton, has come under fire for several votes that are controversial or unpopular among Democrats. He voted to authorize the war in Iraq, for free trade deals including the North American Free Trade Agreement, and he was a key backer of a bankruptcy overhaul sought by credit card companies. He’s flip-flopped on his long-held opposition to federal funding for abortion, and backed crime legislation that increased sentences that many in his party now want to roll back.

“He is going to need to contend with the consequences of those votes and then more recently his unforced error of a gaffe,” said Sen. Mazie Hirono of Hawaii. Yet many in the Senate, even as they largely hold off on making endorsements, still have his back, she added. “There’s a lot of people who say they love Joe Biden around here.”

Richard Durbin of Illinois, the No. 2 Senate Democrat, said Biden will face attacks for some of his votes but that his time on the Hill remains an asset. “There are some votes I wish I could do over,” he said. “But the other side of that coin is experience. ‘I’ve been there, I know how the Senate works and how the House works, I can be an effective president.’”