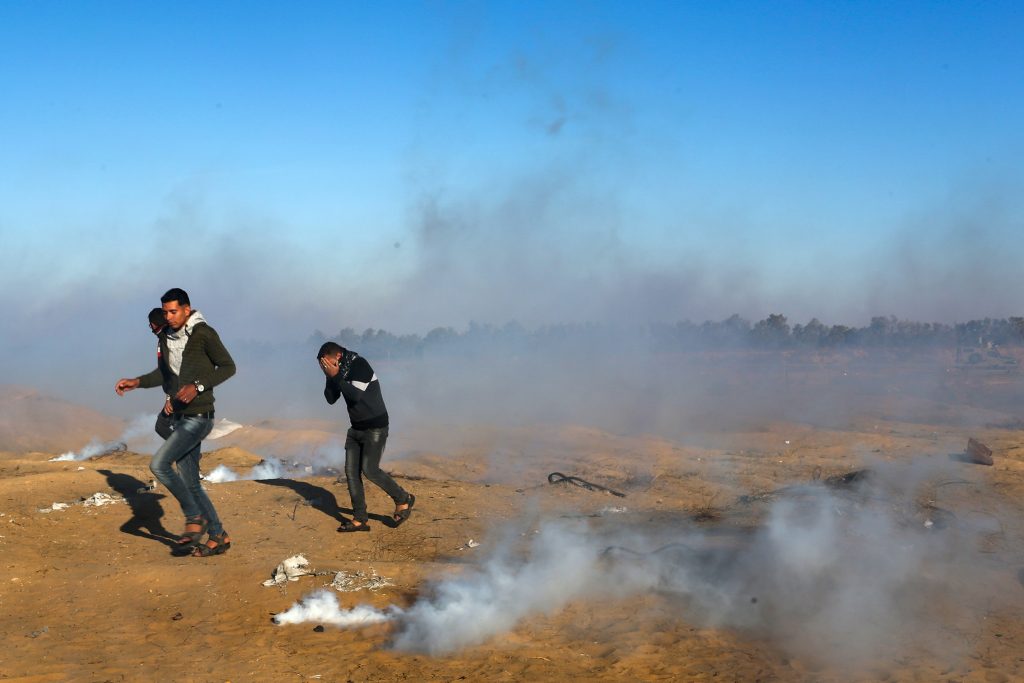 IDF soldiers held off thousands of rioters at the Gaza border Friday, as over 100 firebombs and hand grenades were thrown at troops. Over 6,000 Arabs participated in the rioting. IDF soldiers fended off the mobs with anti-riot measures. Soldiers responded with rubber bullets, tear gas, and in some cases live fire. Ten Arabs were reported injured.

Meanwhile in Yerushalayim, two Israeli vehicles in the Pisgat Ze’ev and Neve Yaakov neighborhoods were damaged by bullets fired from nearby Arab neighborhoods. B’chasdei Shamayim, no one was injured, but vehicles were damaged. The incident apparently occurred Friday night, when the bullets hit two parked cars.

Police said that the bullets were probably fired from the Shuafat refugee camp or the Anata neighborhood as part of a wedding celebration. Firing weapons in the air has become a popular custom among Arabs at weddings. All the weapons used are illegal. Police said they were attempting to track down the source of the bullets, and that when information about illegal weapons is verified, they act to seize the weapons.