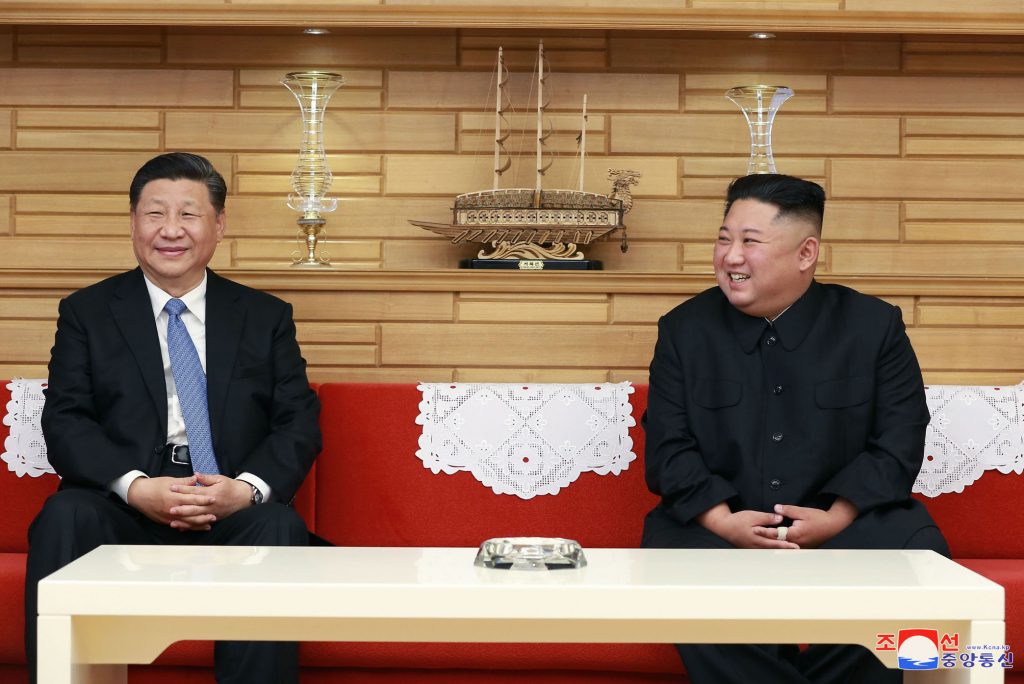 Chinese President Xi Jinping offered encouragement for North Korea’s focus on economic development in a speech in Pyongyang, turning to a topic Beijing has long pressed with its communist neighbor amid wider concerns over the North’s nuclear weapons program.

In an address at a banquet Thursday night, Xi noted that the nation under leader Kim Jong Un had “initiated a new strategic line of economic development and improving people’s livelihoods, raising socialist construction in the country to a new high tide,” according to China’s official Xinhua News Agency.

The North’s long-moribund economy has shown some recent improvements, but it remains heavily dependent on aid — mainly from China — and food security is a constant concern. China has agreed to U.N. economic sanctions over the North’s nuclear and missile programs but is wary of any measures that could push its economy toward collapse, potentially unleashing instability and chaos on its border.

Xi’s speech also touched on the nuclear issue, saying all sides agreed to “stick to peace talks so as to make even greater contributions to peace, stability and prosperity in the region and the wider world,” Xinhua said.

North Korean state media said Xi and Kim held broad discussions over the political situation surrounding the Korean Peninsula and reached a shared understanding on the issues they discussed. The Korean Central News Agency report did not give any specifics on the stalled nuclear negotiations between Washington and Pyongyang over disagreements in exchanging sanctions relief for disarmament.

“The supreme leaders … broadly exchanged their opinions on the political situation of the Korean Peninsula and other serious international and regional issues,” KCNA said. They assessed that deepening their relationship was in line with the “mutual interest of the two countries in face of serious and complicated changes in the environment and would be favorable for the region’s peace, stability and development.”

Chinese state media earlier reported that Kim told Xi he has not received a desired response from Washington and that the U.S. should meet North Korea halfway to “explore resolution plans that accommodate each other’s reasonable concerns.”

Xi said his government is willing to play a constructive role in the denuclearization of the Korean Peninsula. “The international community expects the U.S. and North Korea to continue to talk and achieve results,” he said, according to Chinese state broadcaster CCTV.

His visit to North Korea was the first by a Chinese president in 14 years, and Xi’s first since taking office six years ago.

Xi is expected to meet with President Donald Trump next week in Japan and could pass him a message from Kim about the nuclear negotiations.