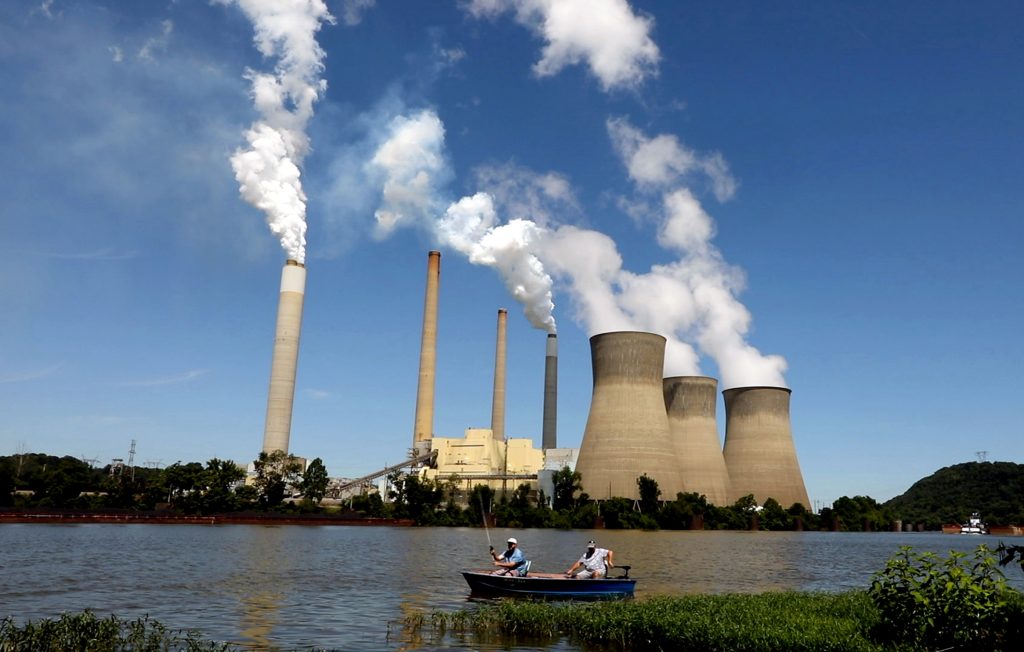 Blue states and green groups are gearing up to sue the Trump administration over its new carbon emissions rule finalized Wednesday, which critics say fails to address climate change and the public health risks associated with pollution from the power sector.

The Clean Power Plan, finalized in 2015, aimed to reduce U.S. emissions by 32% by 2030 relative to 2005 levels. But the rule was never implemented after lawsuits left it in limbo in the courts.

Its replacement doesn’t set specific emissions targets, but gives states wide latitude on how to reduce the pollution coming from their power sectors.

Public health advocates said the EPA’s new plan is inadequate and would do little to address the rising economic costs and other risks associated with rising earth temperatures driven by carbon emissions. That could form the basis for some of the lawsuits.

“Instead, it would give polluters free rein and doom future generations to a dangerously hostile world,” Rhea Suh, president of the Natural Resources Defense Council, said of the new rule. “That’s an approach America can ill afford — and we’ll go to court to stop it.”

Environmental and public health advocates expect a coordinated effort to challenge the administration over the rule just as they did fighting to preserve the Clean Power Plan.

“It is telling — and outrageous — that neither the proposed version of the rule nor the action signed today contain any substantive discussion of the severe and growing impacts of climate change,” said Tomás Carbonell, director of regulatory policy and lead attorney for the Environmental Defense Fund’s clean air program. “This rule is an appalling abandonment of EPA’s legal and moral responsibility to protect the public from the harmful pollution that is driving destructive climate change, and we will do everything in our power to fight it.”

Some Democratic state attorneys general joined environmental groups in indicating they’d sue the federal government over the rule. New York Attorney General Leticia James said she intended to sue the EPA for the rule’s violation of the Clean Air Act.

Giving a preview of the expected lawsuit, Becerra said the rule violated the Clean Air Act by disregarding the EPA’s duty to address carbon emissions from power plants, to use the best system of emissions reduction possible and by narrowing the EPA’s regulatory authority.

The rule comes as states led by Democrats are becoming more aggressive on climate legislation. More than two dozen states and the District of Columbia have set goals to sharply cut their emissions and use more renewable energy sources. Oregon’s legislature could pass a cap-and-trade-bill this month, and New York is close to passing a bill that would require significantly lower emissions. New Mexico, Nevada and Washington have all passed bills this year to reach 100% clean energy by mid-century.

Attorneys general and other Democratic state officials, including Washington Gov. Jay Inslee, who is building a presidential campaign around climate change, pledged to continue working on their own statewide climate initiatives. Still, they said federal action is needed to seriously address the issue.

“Carbon emissions and pollution do not respect borders, and without a strong federal partner we are leaving our children and grandchildren vulnerable to an increasingly hostile climate,” Inslee and Washington Attorney General Bob Ferguson said in a joint statement.

As they did for Clean Power Plan, the legal battles over the ACE rule could linger for a long time for as critics challenge the EPA over several aspects of the rule, including the administration’s determining of the best system of emission reduction, its failure to set an emissions target and its repeal of the Clean Power Plan.

Rescinding the Clean Power Plan has been a top priority for the Trump administration’s energy agenda, which has involved rollbacks of other environmental regulations in favor of industry-backed prescriptions.

National and state-level Republicans cheered the plan for relieving states of what they said were unnecessary and ineffective requirements imposed under the Obama-era rule.

“The Affordable Clean Energy rule allows our state the autonomy to regulate energy and air quality without much of the unlawful federal overreach of the so-called Clean Power Plan,” said West Virginia Attorney General Patrick Morrisey, who led the 27-state challenge of the Clean Power Plan.

House Energy and Commerce Republicans said in a news release the rule puts states “back in the driver seat.”

The Ohio Environmental Protection Agency will create its own rules under the federal rule’s guidance that will require utilities to make coal-fired power plants more efficient, Ohio EPA spokeswoman Heidi Griesmer said in an email.

The ACE rule is meant to bolster the coal sector and deliver on a Trump campaign promise to parts of the country that rely on the fossil fuel for their economies. But lower prices for natural gas and renewable energy sources are largely responsible for woes in coal country.

Democrats in Congress have said they will fight the new rule but have not said if they will push specific legislation to force the administration’s hand.

The Clean Power Plan was central to the Obama administration’s plan to meet carbon reduction goals set in the Paris Agreement on climate change. President Donald Trump has moved to withdraw the U.S. from the global pact. House Democrats have passed a bill that would prevent the administration from spending money to withdraw from the agreement. A similar provision was included in the Energy-Water spending bill the House passed in a package Wednesday.