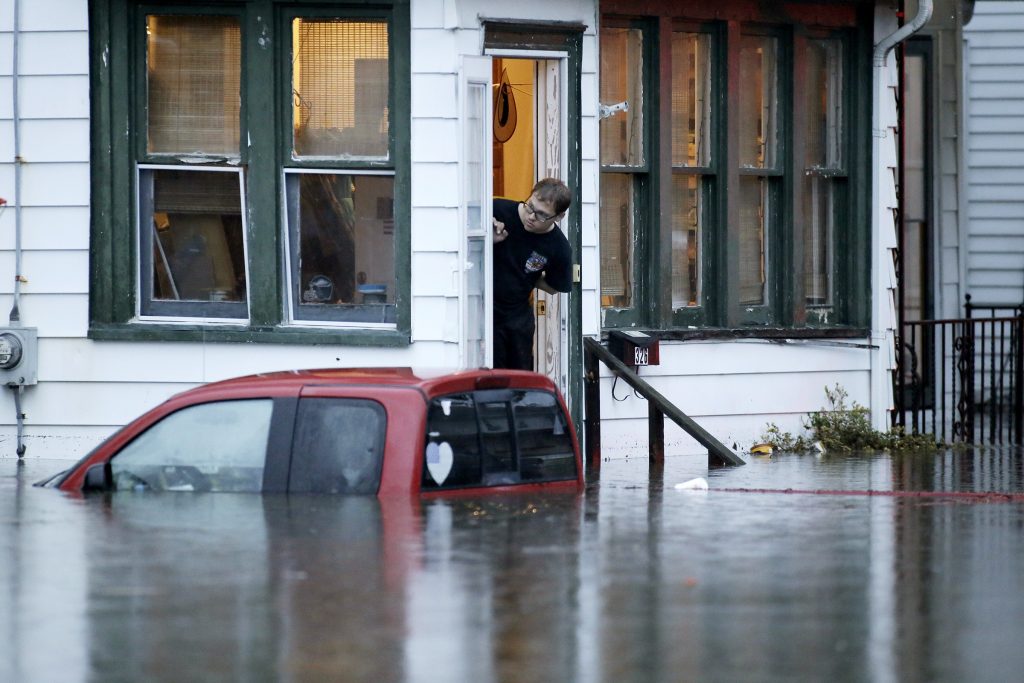 Potent thunderstorms have left more than 200,000 people without power across the southern United States — and fierce winds are expected to wallop parts of several states as new storms form Thursday, forecasters said.

Fallen trees ripped down power lines and crashed into buildings along a line from Texas to Alabama overnight and into Thursday morning, the national Storm Prediction Center reported. A few isolated tornadoes were reported, damaging roofs in the northeast Texas city of Greenville.

More than 70,000 homes and businesses are without power in Arkansas, and more than 30,000 outages each are reported in Texas, Louisiana and Alabama, where crews are out working to remove toppled trees and clear blocked roads.

The storms were moving eastward, with more severe weather possible Thursday in Alabama and Georgia all the way up the Eastern Seaboard to Pennsylvania, forecasters said.

An area that includes North and South Carolina, eastern Georgia and southern Virginia will see an enhanced risk of wind damage from powerful Thursday afternoon storms, the Storm Prediction Center said. The region is home to 15.6 million people and includes Charlotte, North Carolina.

Downburst winds — strong winds that descend from thunderstorms and spread out when they hit the ground — appear to be the greatest threat in this area Thursday, said Dan Miller, a meteorologist at the National Weather Service in Columbia, South Carolina.

Such winds hold the potential for serious damage, such as bringing trees and powerlines down and tearing into the shingles and siding on homes, he said.

“It’s expected to all come together this afternoon and early evening,” Miller said Thursday morning.

Thursday afternoon will also bring the risk of some tornadoes and very large hail to flood-weary residents of the Missouri River Valley in the Midwest, forecasters said.

Flooding already was causing travel problems, especially in commuter train stations, forcing service to be suspended between Philadelphia and New Jersey. The Delaware River was overflowing its banks in places, and people were being rescued from high water.