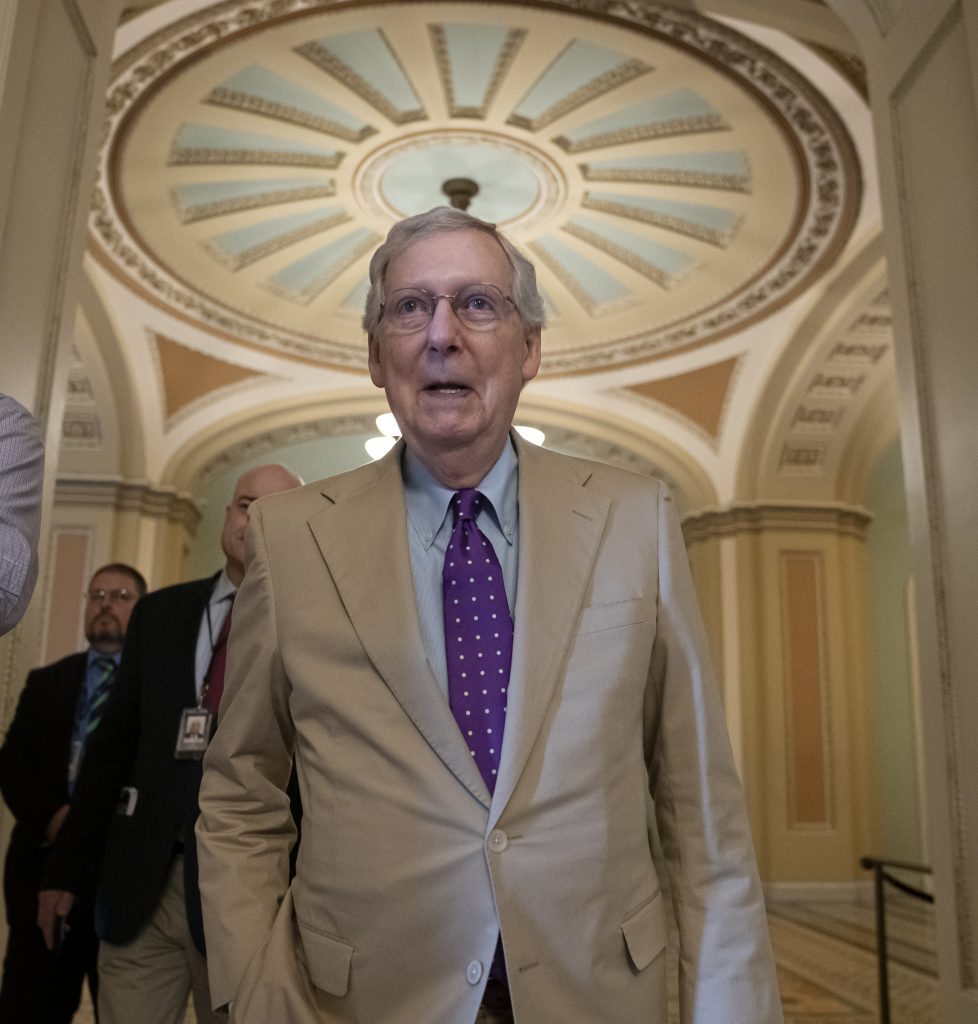 The Senate voted Thursday to block the Trump administration from selling weapons to Saudi Arabia, launching a new challenge to President Donald Trump’s steadfast alliance with the country amid rising tensions in the Middle East.

President Trump has promised to veto the legislation. The White House said stopping the sales “would send a message that the United States is abandoning its partners and allies at the very moment when threats to them are increasing.”

The Senate will hold two more votes Thursday on measures to stop the arms sales and these also are expected to pass. While the resolutions are also likely to be approved by the House, supporters of the measures are well short of having enough support to overcome Trump’s threatened veto.

The votes came against the backdrop of heightened U.S. tensions with Iran, spurred by the Islamic Republic’s downing of a U.S. drone. Trump declared Thursday that “Iran made a very big mistake,” and congressional leaders received a closed-door briefing on the situation at the Capitol.

Secretary of State Mike Pompeo cited threats from Iran when declaring an emergency to approve the weapons sales in May. The Saudis have recently faced a number of attacks from Iran-backed Houthi rebels in Yemen.

“To reject these sales at this time and under these circumstances is to reward recent Iranian aggression and to encourage further Iranian escalation,” said Sen. Jim Risch of Idaho, the Republican chairman of the Senate Foreign Relations Committee. Risch added that blocking the sale would also “encourage miscalculation on the part of Iranians which will be disastrous.”

Opposition in Congress to closer U.S. Saudi ties escalated after the killing last year of U.S.-based columnist Jamal Khashoggi by agents of the kingdom. But a small group of lawmakers has been voicing concern about the Saudi-led coalition’s war in Yemen for years.

Sen. Bob Menendez of New Jersey, the top Democrat on the Senate Foreign Relations Committee, said the war in Yemen was one reason for his opposition to the arms sales.

“These are bombs that we know have killed thousands of civilians in Yemen, patients in hospitals, children on school buses,” Menendez said.

The conflict in Yemen has killed thousands of civilians and left millions more are on the brink of starvation. Menendez called the humanitarian situation “an incomprehensible moral tragedy.”

“My relationship with Saudi Arabia is forever changed,” he said, accusing Riyadh of taking their relationship with the U.S. “for granted” and caring more about “maintaining power at all costs” than the alliance.